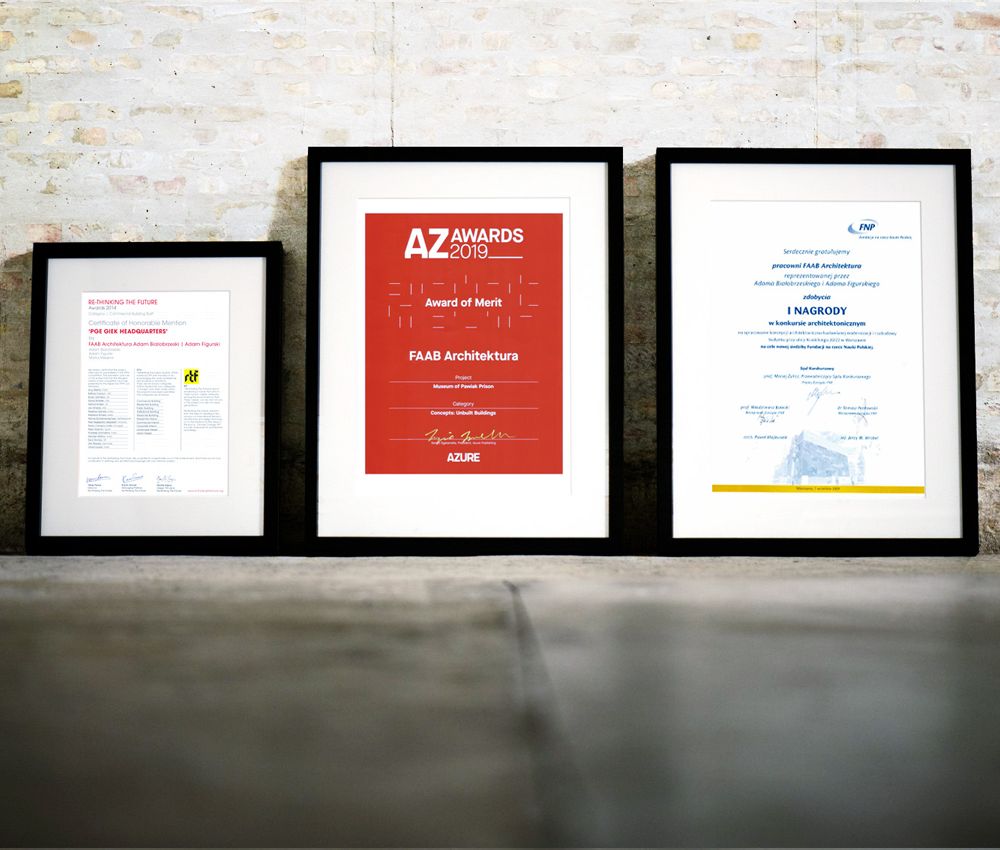 We always look for ways to unveil
the full potential of each site.

We have received awards and recognition in both national and international competitions. Participation in competitions is an opportunity to cross barriers, test solutions and new ideas. We always look for the hidden potential of a place and then release it for the benefit of the Investor and the local community. 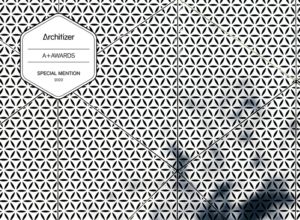 2022. Special Mention. Wave 1 building, received a special mention award in the Architizer A + AWARDS competition. The competition is organized annually by Architizer, USA. Projects from 80 countries around the world took part in the tenth edition.

2017. Third prize in an international architectural contest for the design of a university hospital with a traumatology centre. Designed in accordance with ERA (European Research Area) rules. The Silava stream integrated with the bio-corridor in response to the Green Hospitals 2020 initiative.

2016. Winning the tender for the purchase of land by the Investor, thanks to the high score for the project. A multifunctional complex of facilities with a specialist hospital and a one-day hospital, extensive medical rehabilitation, a clinic and a complex of medical and research laboratories was planned.

2013. Equivalent award. The project is the basis for public consultations on the implementation of a new part of the city, with buildings with an area of 48,000 m2, located in a plot of 7.3 hectares. In the proposal, for heating facilities, we took into account the use of geothermal water, extracted from a depth of 2000 meters.

2011. Third prize in a national competition. A complex of office, production and warehouse buildings for a company with Polish capital, which is providing equipment for specialized physicochemical measurements in liquids and gases. One of the non-standard requirements was to plan an art gallery, connected with the lobby and open space.2011.

2010. First prize in a closed nationwide competition. The headquarters of the largest electricity generator in Poland, employing 17,000 people. The project envisioned lighting 92% of the building’s internal space with natural light. The building took the second prize in the “Building of the year 2013” competition organized by Archdaily.

2010. Second prize equivalent in a two-stage competition. The multifunctional centre of the Izabelin commune with a population of 10.5 thousand inhabitants. Kindergarten, health center, residential buildings with services and a square as a place for meetings, concerts and local fairs. Our responsibilities included public presentation of the project and participation in public consultations.

2010. First prize in a closed competition. Small architectural form, mobile, easy to transport with low-floor semi-trailers. Pavilion for the sale of apartments to a developer listed on the Warsaw Stock Exchange, Dom Development S.A. A pioneering virtual information system. Available 24/7, providing insight into the offer of apartments, also available out of business hours.

The seat of the Foundation for Polish Science, Warsaw, Poland

2009. First prize in a national competition. Adaptation of a residential building, partially destroyed during World War II, into a headquarters of a public benefit organization. The first living elevation in Poland, composed of foliage, complements the idea of building an ECO-machine. The garden around the building is a place for integration and relaxation for the users of the building.

2009. Honorable mention in the national competition. Extension of the existing hospital with a modern gynaecological-obstetrics ward, intensive care unit and operating block. In terms of form and façade materials, the proposal draws on the language of the modernist complex of buildings built in 1931. The roofs of the building are intended for urban gardens accessible to patients.

2007. First prize in a national competition. Modern laboratories, complexes of rooms for collection, processing and storage of blood and blood products, located on a cramped plot of land in the city centre. 2000 glazed ceramic elements, with a strong color scheme, create a unique and recognizable image of the object.

2007. First prize in a national competition. Reconstruction of a clothing industry plant into a multifunctional facility with offices, a hotel and retail space. Internal courtyard open to the public as a place of cultural events and fashion shows. The form of the façade is a direct result of the DNA of the Bytom Brand, whose flagship product is a suit sewn since 1945.

2007. Honorable mention in the national competition. The building of the cultural centre is planned as a new symbol of the famous Saska Kępa district in Warsaw. The multifunctional area around, integrated with the ground floor, enables the flexible use of the building. The colourful and ceramic façade breaks the patterns of uniform and monochromatic façades of the surrounding buildings.

2001. Equivalent prize in a national competition. Adaptation of the cantor of the famous industrialist Hipolit Cegielski (1870) for an office function, together with a communication link with the Wielkopolska Cancer Center in Poznań. A technically complex reconstruction, combined with the creation of a new perspective on the form and function of the building listed in the national register of historic monuments.