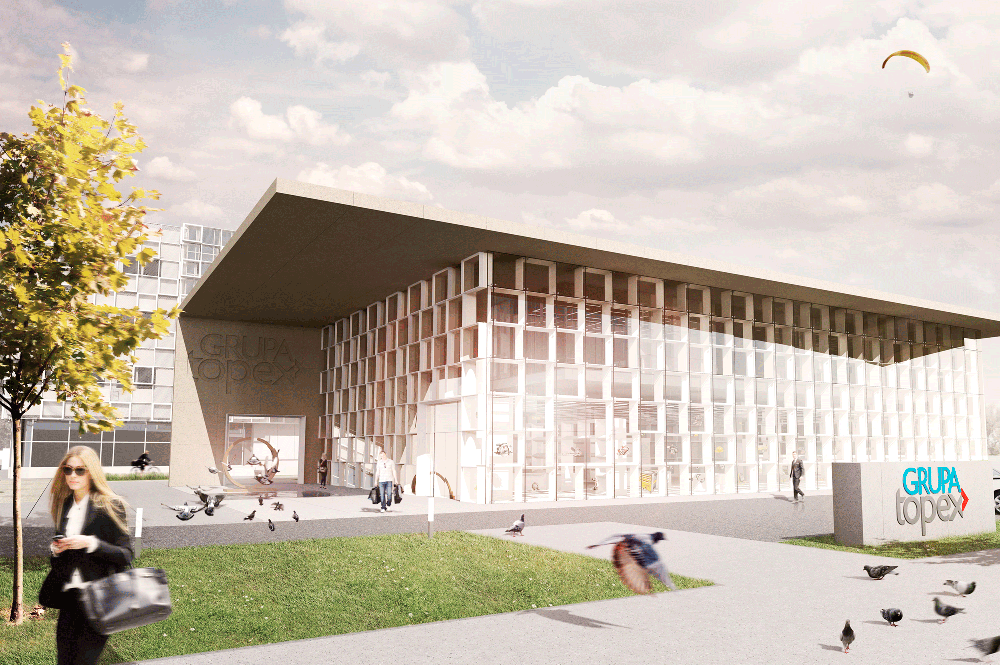 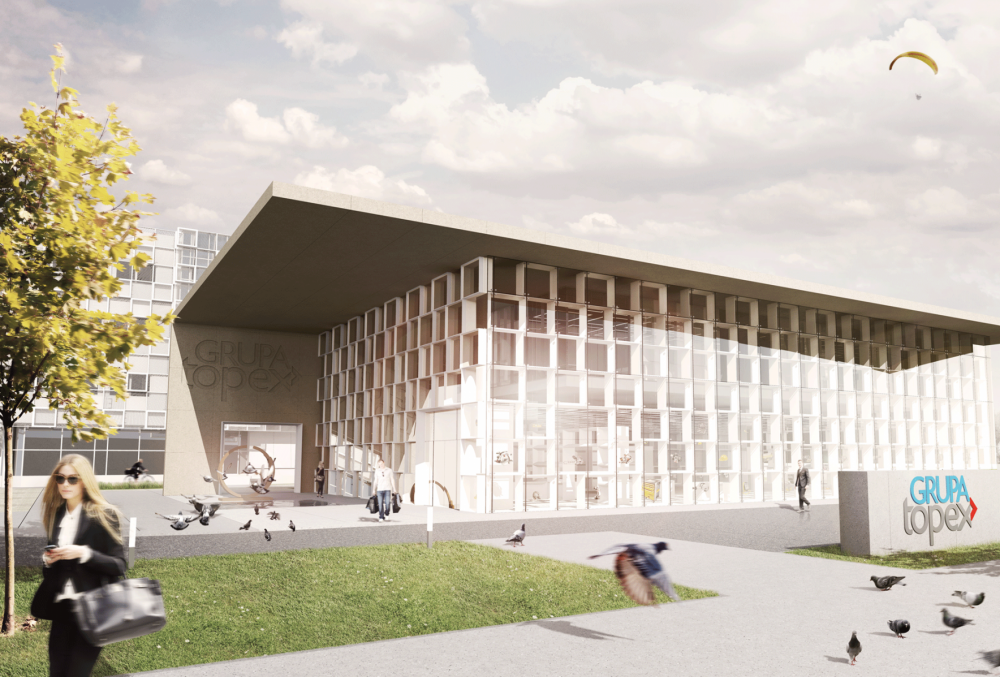 A representative and space-saving, urban space at the transit section of Aleja Krakowska. The pavilion is an exhibited product gallery and exhibition hall. Communication and aesthetic integration of the existing building with the new one. A city display window that builds brand and place recognition. 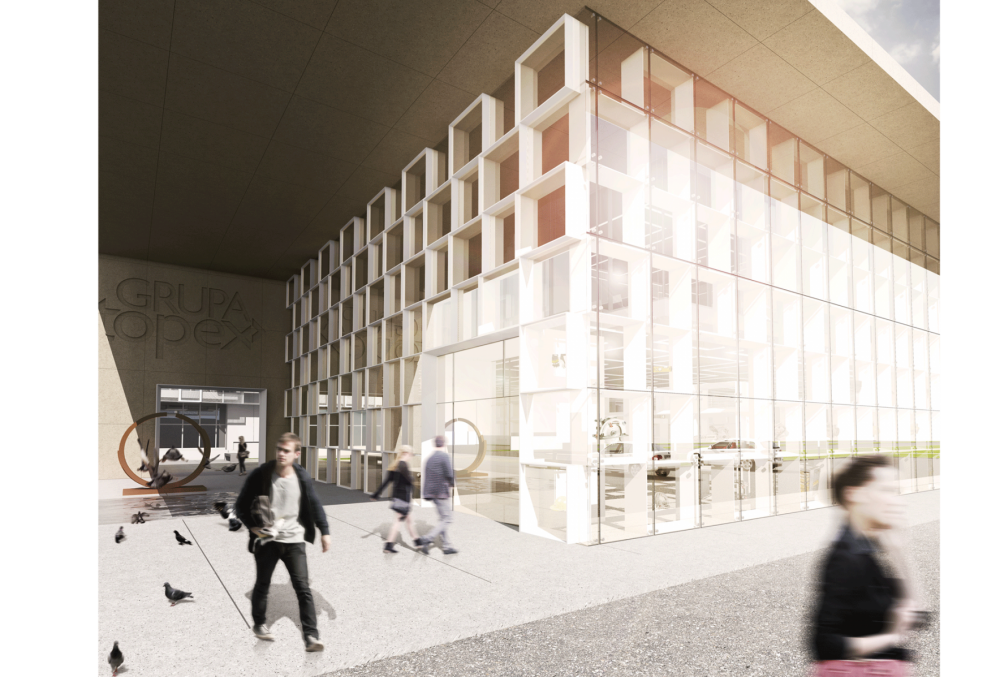 An image-oriented undertaking for a company present in 40 markets and supplying 42 million hand tools and power tools per year. Consisting of the construction of a new multifunctional pavilion, creating public space and giving the character of the facade of an existing storage and office building. The aim was to ensure the recognition of the place on several levels. From the S2 transit route, which runs nearby. On an urban scale, in the form of an essential element of the busy landscape of Aleja Krakowska. Finally, by organizing the public space, an organized island, in a chaotically developed fragment of the city. And finally, the setting for the main entrance to the existing and new building. 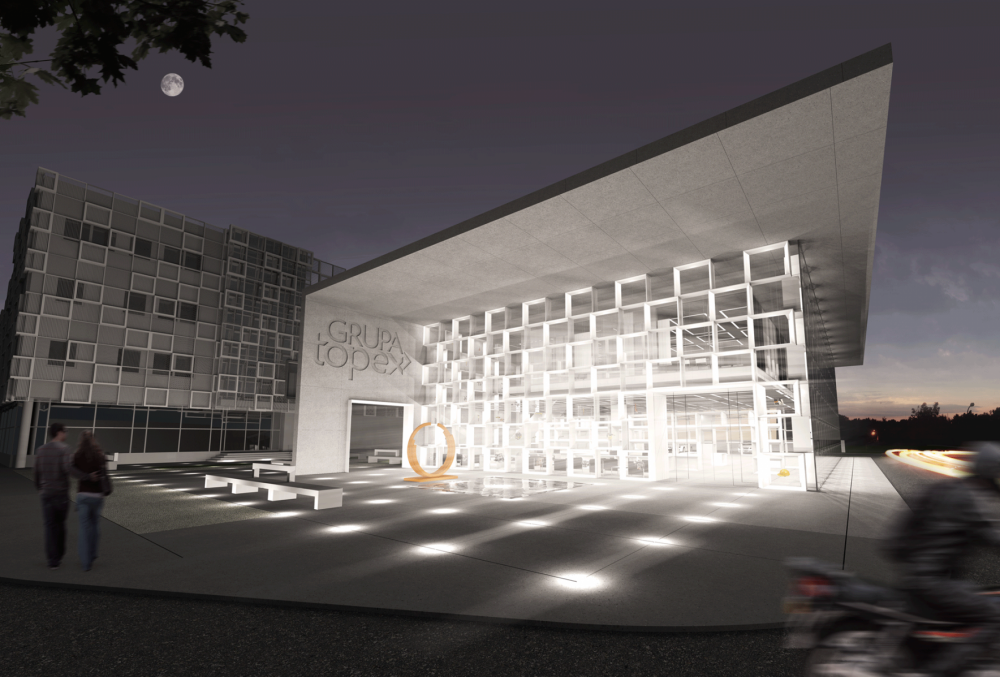 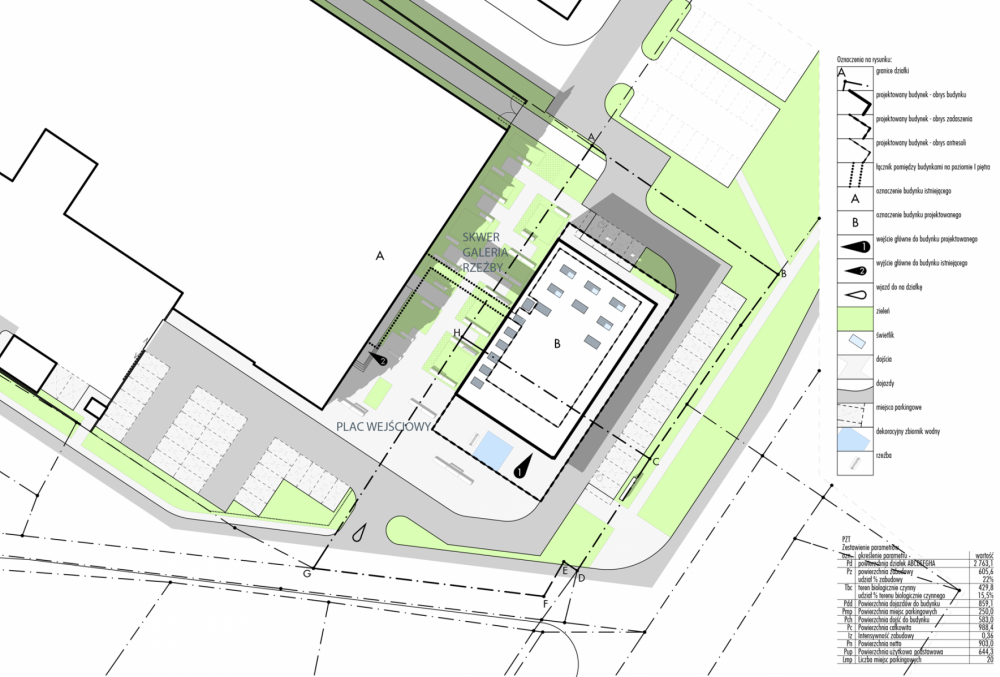 Between the existing and the new building, a zone is planned, accessible only to pedestrians. It is an open art gallery, with greenery located between sculptures. A place for short relaxation for users of the building complex. At the main entrance of the office part and the entrance to the pavilion transforms into a representative space, connected with the entrance halls of the buildings. In the multifunctional pavilion, on the ground floor, an exhibition and commercial space and a rental of tools are planned. Self-service stands, allow you to complete the order, which automatically arrives at the pavilion from the warehouse nearby. The whole process is implemented by an extensive system based on the cooperation of robots and people. On the mezzanine of the pavilion were placed conference rooms and rooms of special nature. Including a workshop of exposure patterns, a design studio and a photo studio. The mezzanine is a place to which an outdoor connector reaches, which provides an access from the pavilion to the existing building. 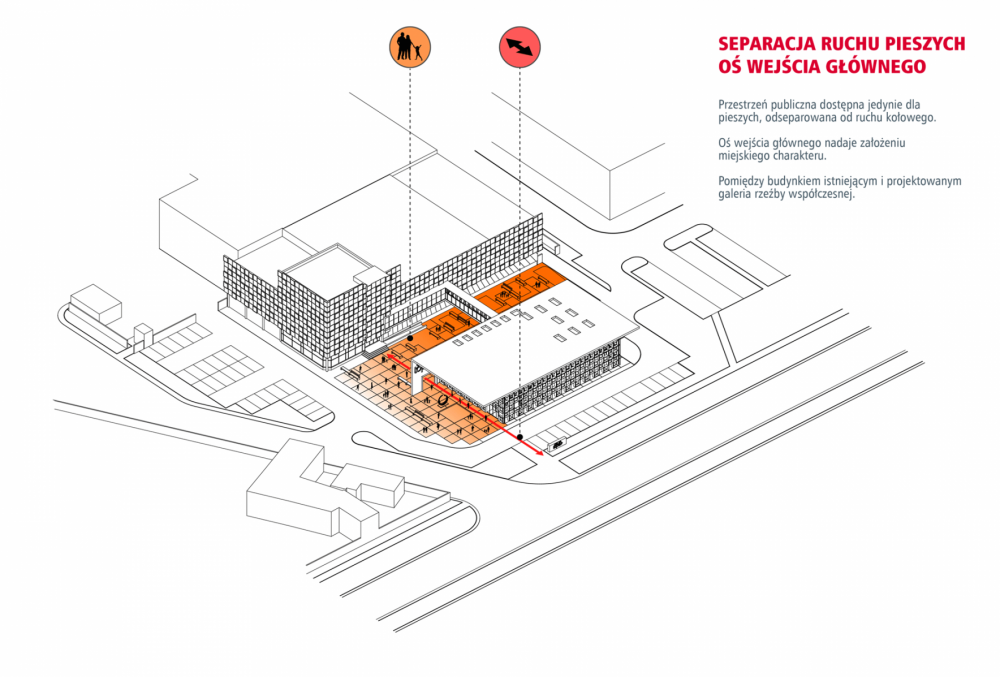 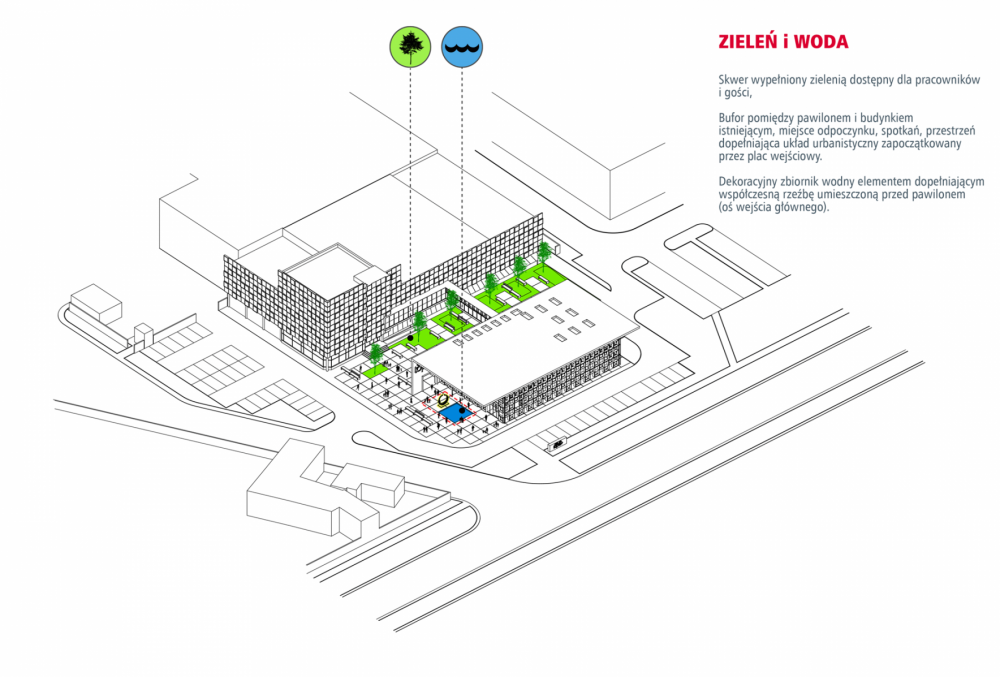 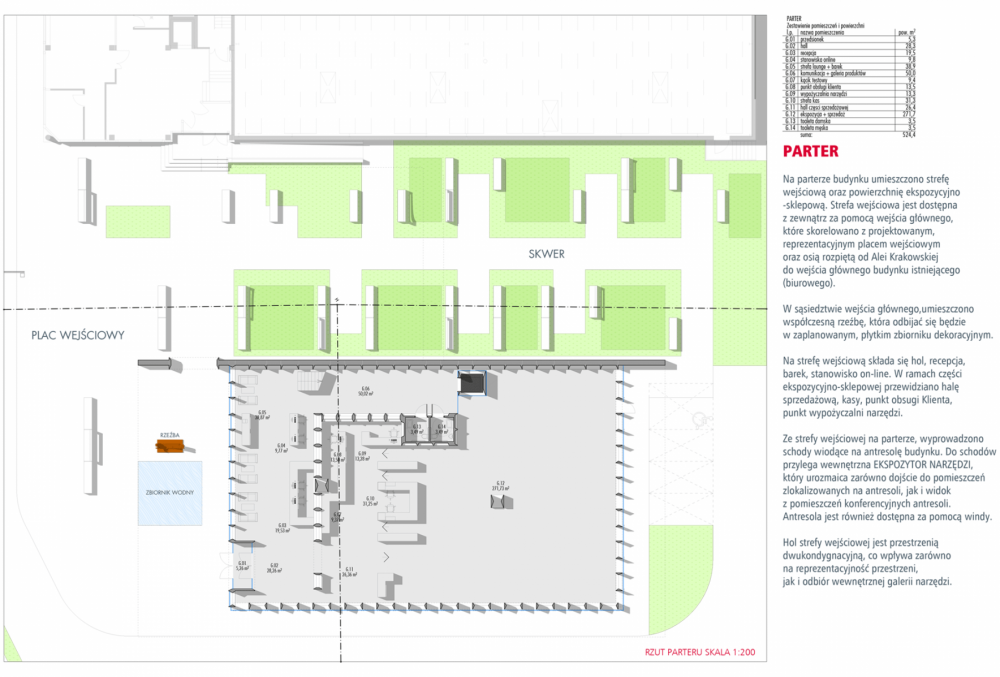 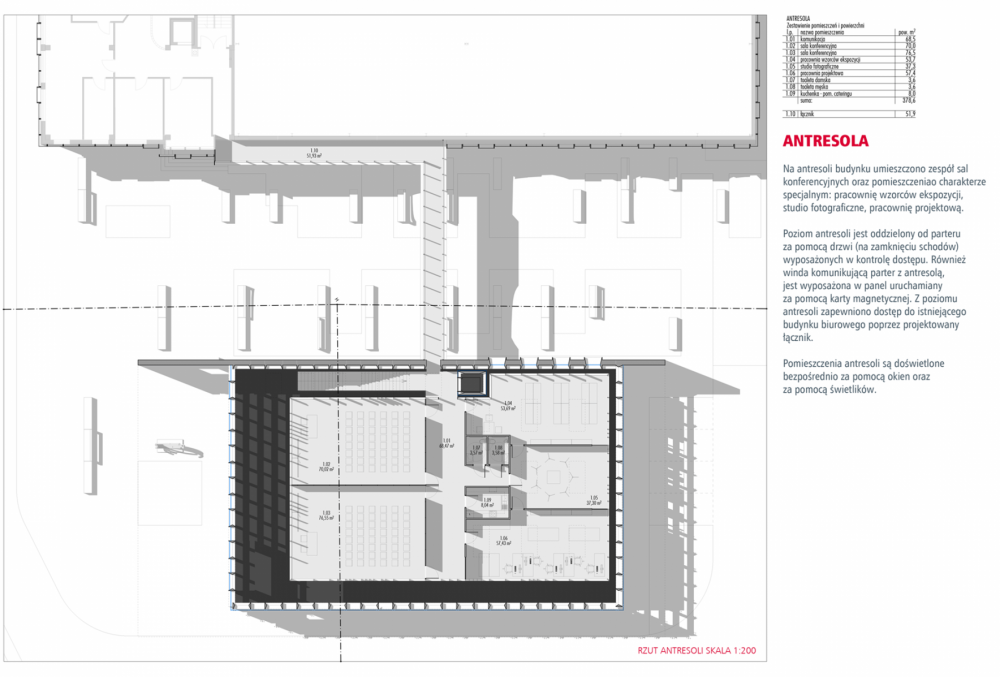 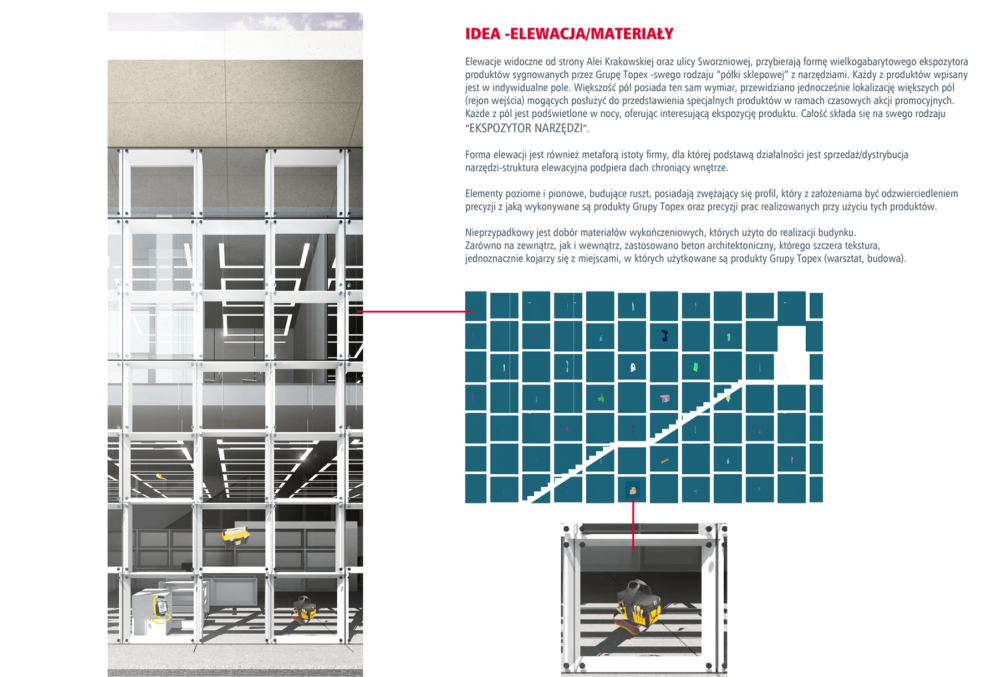 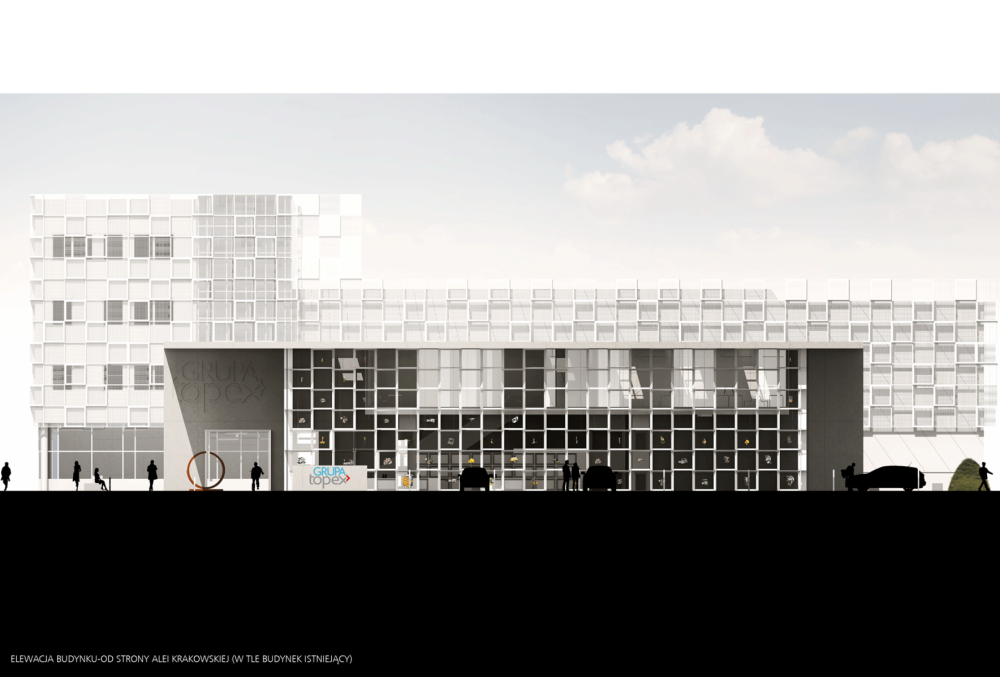 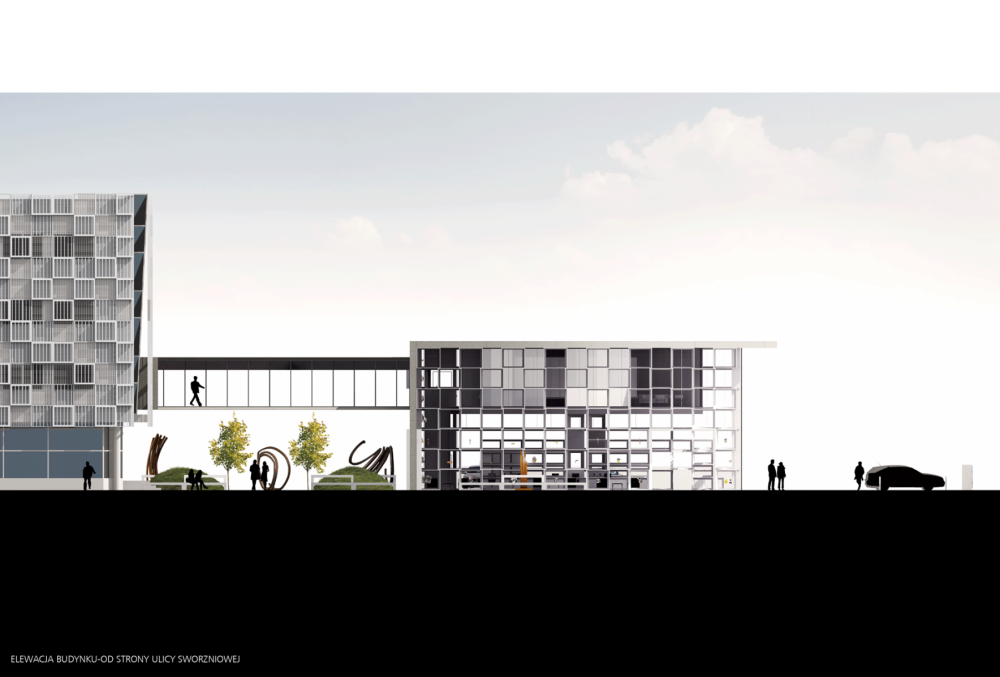 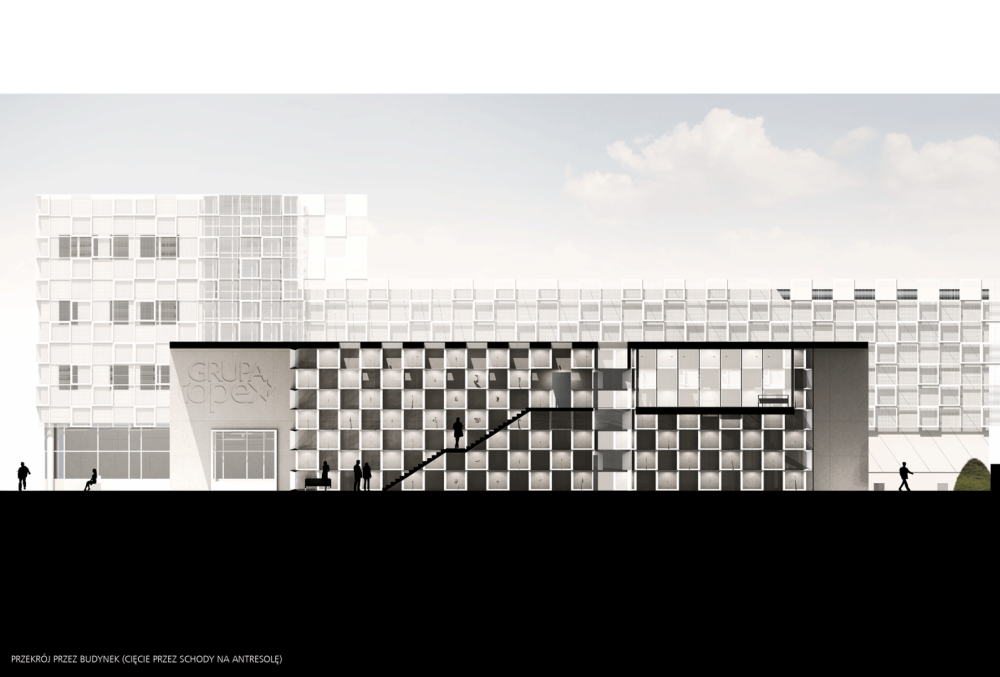 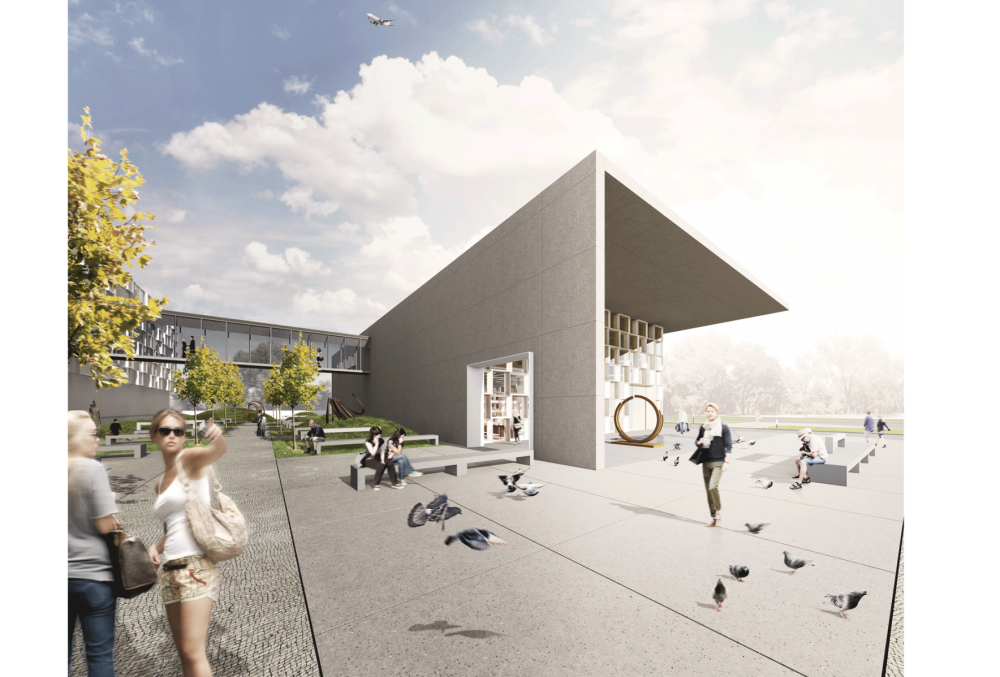 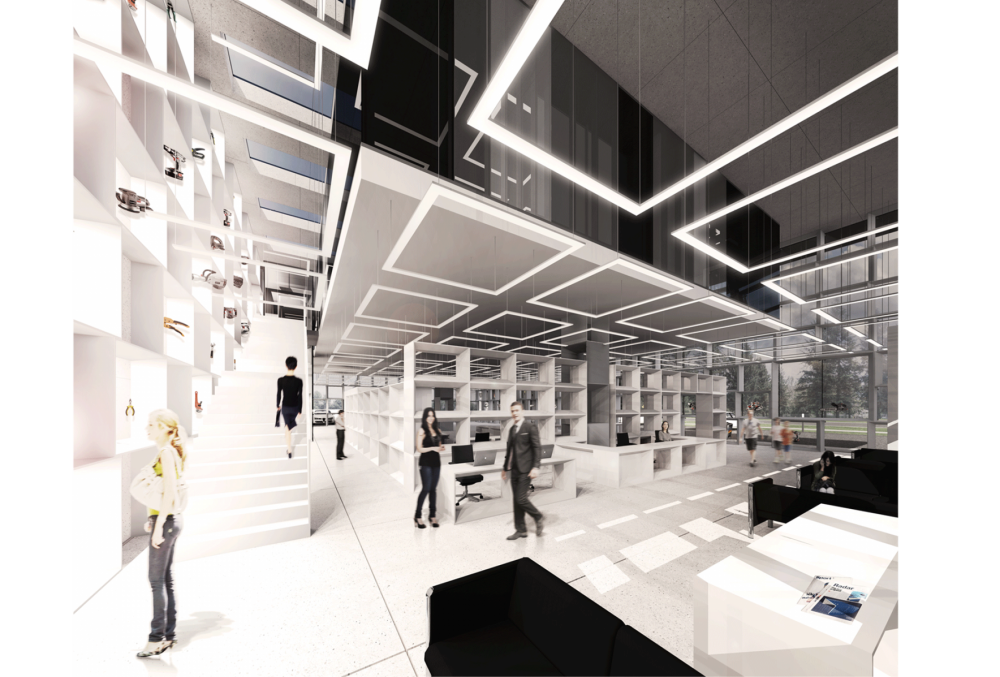 The roof of the pavilion is supported by a steel grate forming the basic drawing of the façade. The grate is in fact a large-size display of tools signed by the Topex brand. Each of the products is inscribed in an individual field, most of which have the same modular dimension. Horizontal and vertical elements, which build the grid structure, have a tapered, changeable profile. The precision of the design of the structural grid is intended reflect the precision of the tools and the work carried out with them. The material palette is limited to architectural concrete, steel and glass. It visually integrates the building with the places where the Topex Group products are used - on the construction site or in the workshop. The change of the façade of the existing, automated high bay warehouse and office part completes the transformation. The theme that builds the character of the pavilion also creates a new face of the existing building. The idea of the display is also used inside the pavilion. It is part of the internal stairs, running from the ground floor to the mezzanine of the new facility.