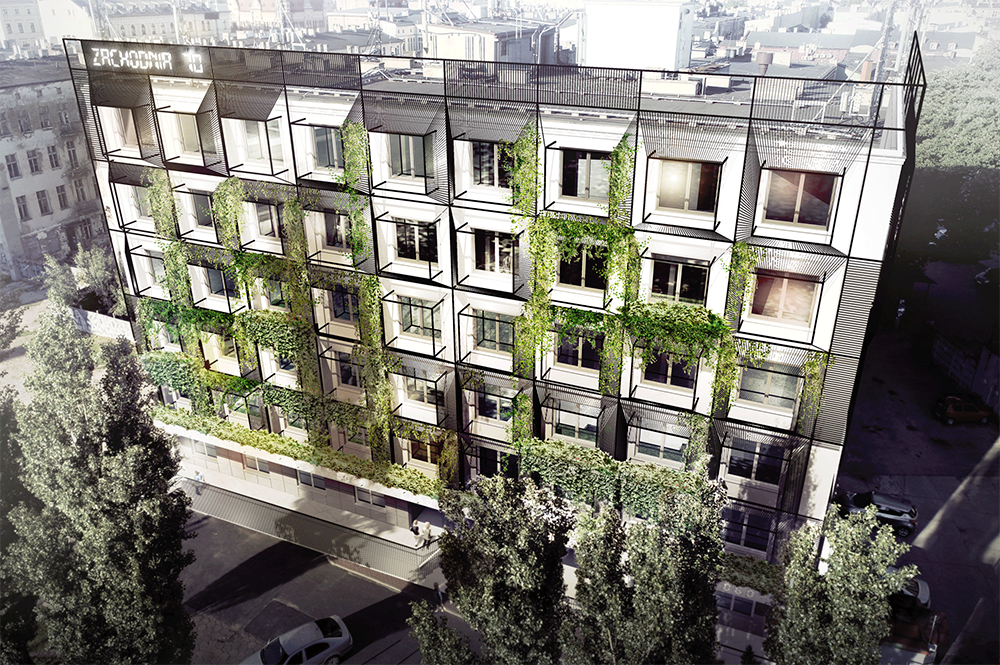 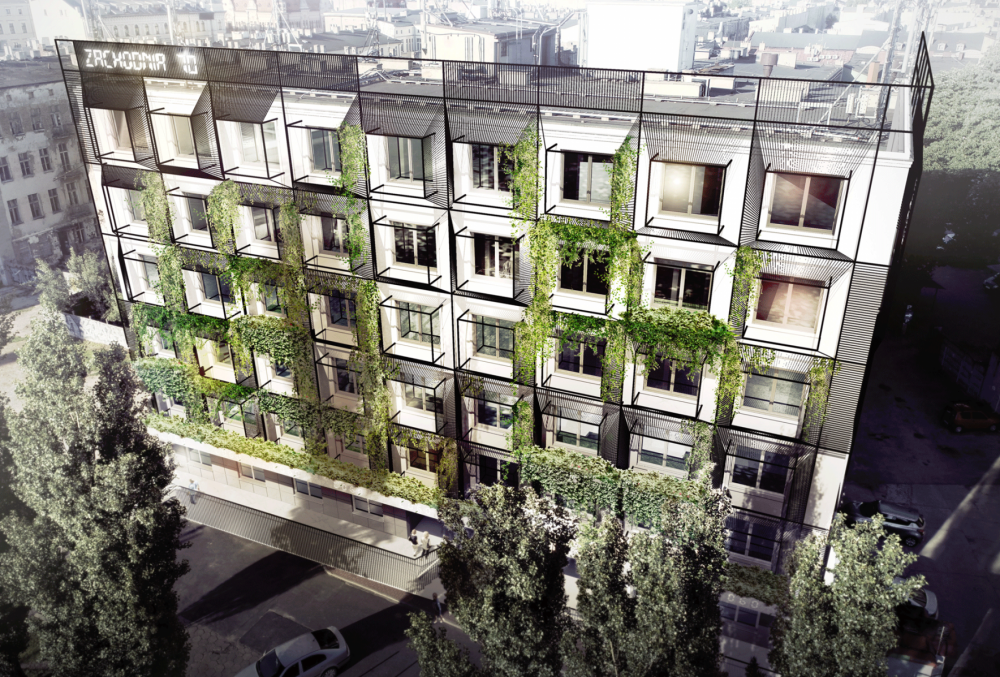 Face lifting of the office building in Łódź

It’s a changing face of an office building in the center of Łódź, built at the beginning of the first half of the 20th century. A translucent, second skin application for which the original façade decoration is restored. Transformation of a non-usable roof into an attractive common space. Visual identification of the object consistent with the new elevation. 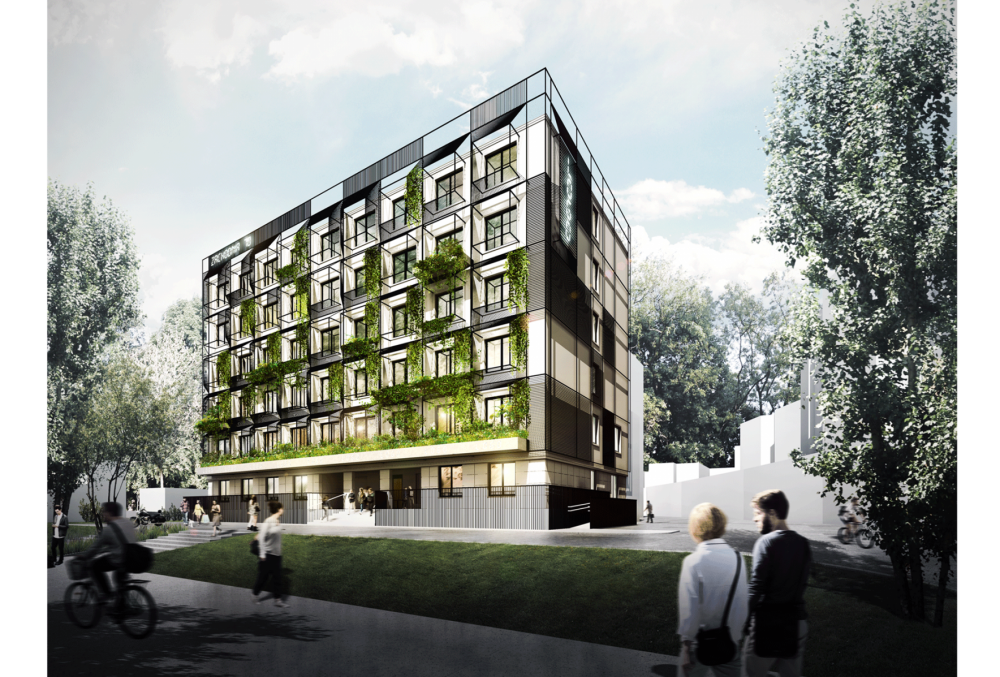 The transformation of the office building in the center of Łódź, which was built in 1949-1966. A building with retail space on the ground floor and office space on the other floors. Designed for rent in many flexible formulas. Including co-working. Two-layer elevation, affecting the organization of the entrance zone and the area in front of the entry. The changed communication system around the object and increasing the attractiveness of premises on the ground floor located in the depths of the plot. Transforming a non-usable roof into a flexible common part with an inspiring view of the center of Łódź. A place for formal and informal meetings, mobile work, and corporate integration events. External visual identification, integrating the marking with the elevation decoration. 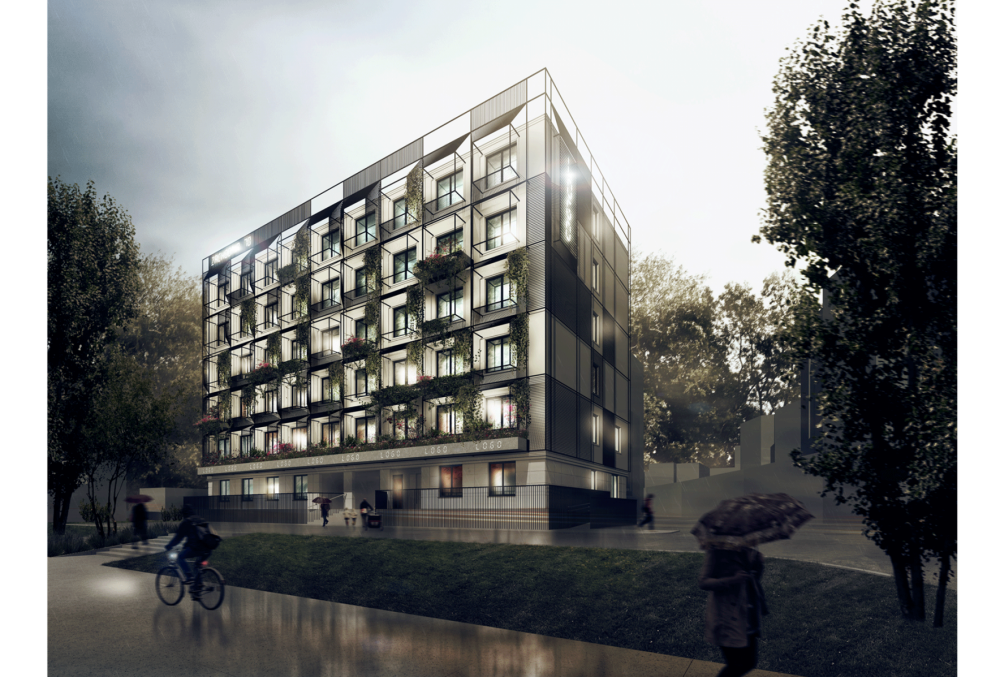 We set up a two-plan façade. The base plan will be the renovated, already existing, façade decoration. It is planned to replace cavities in existing plaster, prefabricated window frames and cornices. All elements of the façade have been unified in color. The external plan is a translucent and time-varying second skin, the drawing of which coincides with the geometry of the existing façade. The field of the outer layer of the façade, builds a light steel structure and unfastened steel cables that support the vegetation. The grouped links create planes that disappear upwards and generate an irregular spatial form integrated into the roof. The fleeting spatial form makes the façade visually attractive in periods when, due to natural vegetation cycles, the greenery of the façade will be less abundant. The external plan, thanks to the vegetation, will protect the object from overheating during the summer season. Planned illumination places the building on the night map of Łódź. 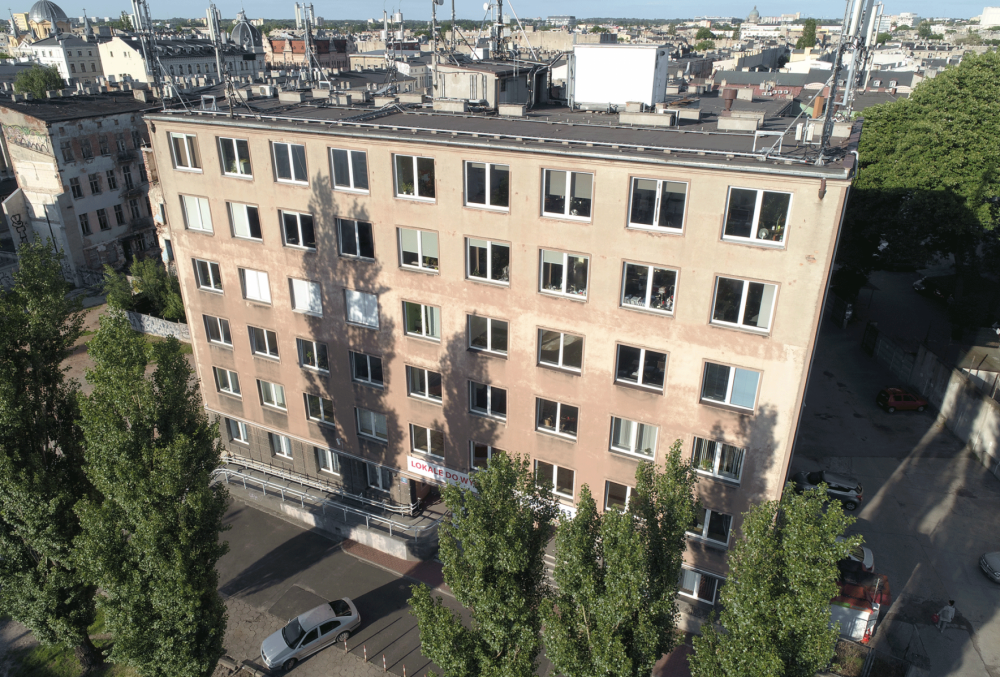 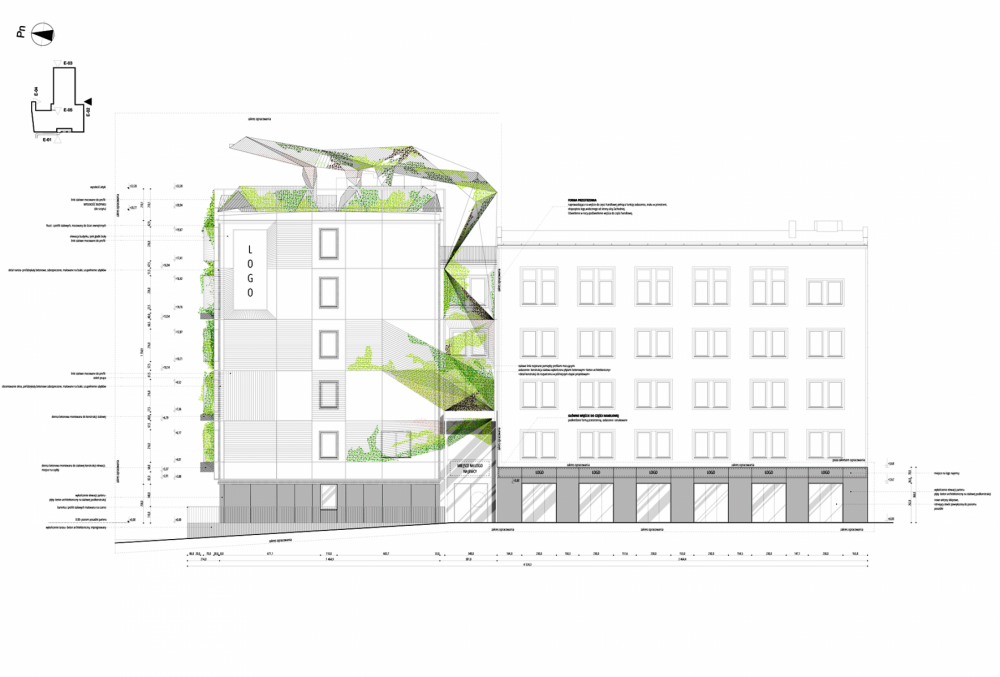 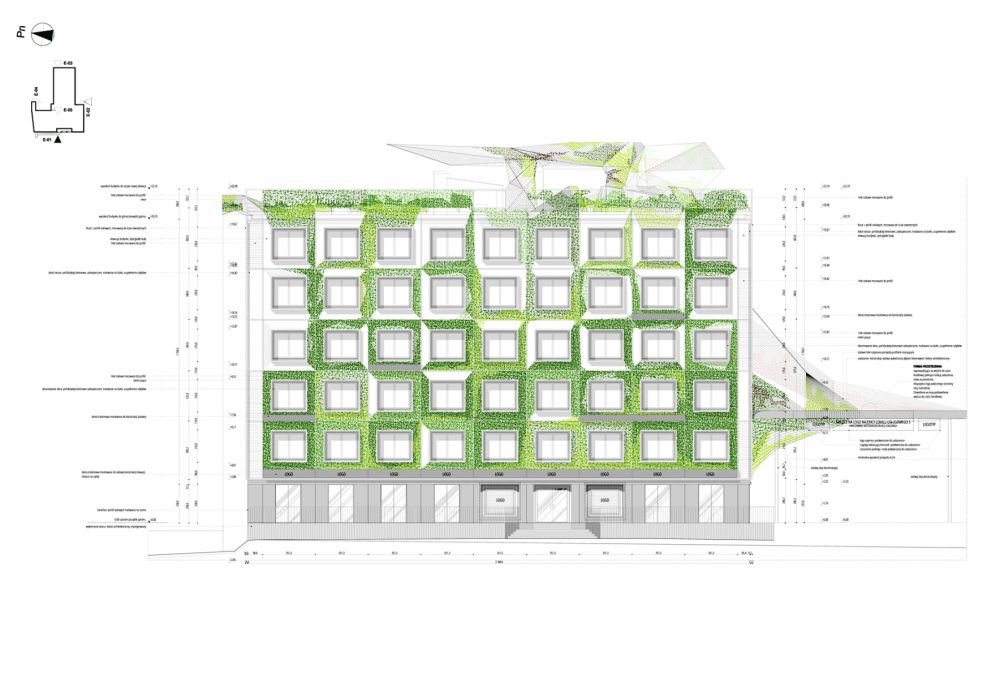 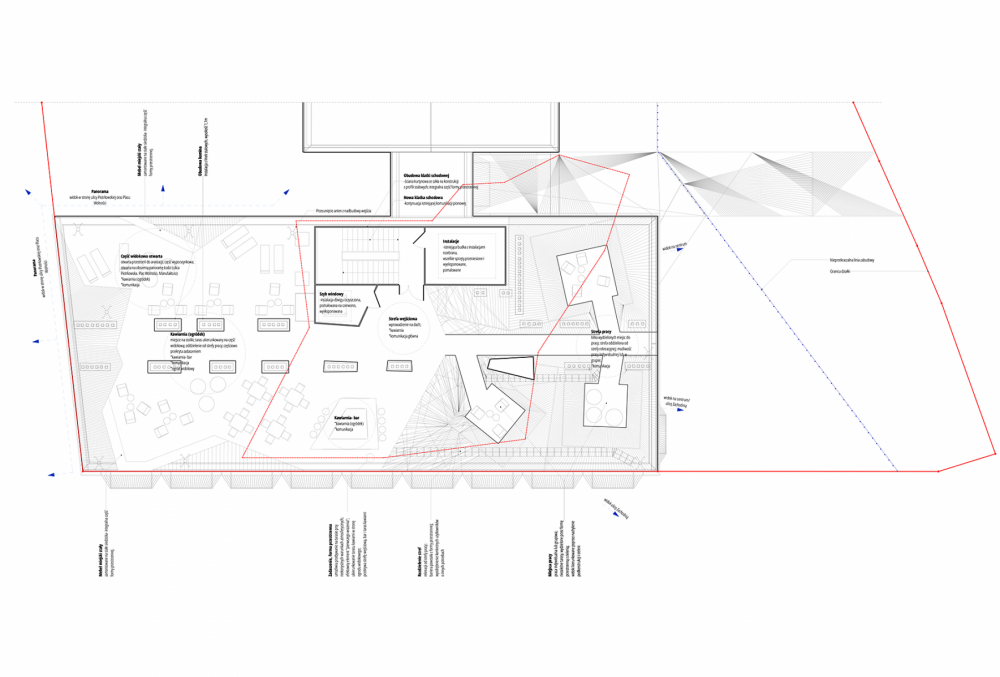 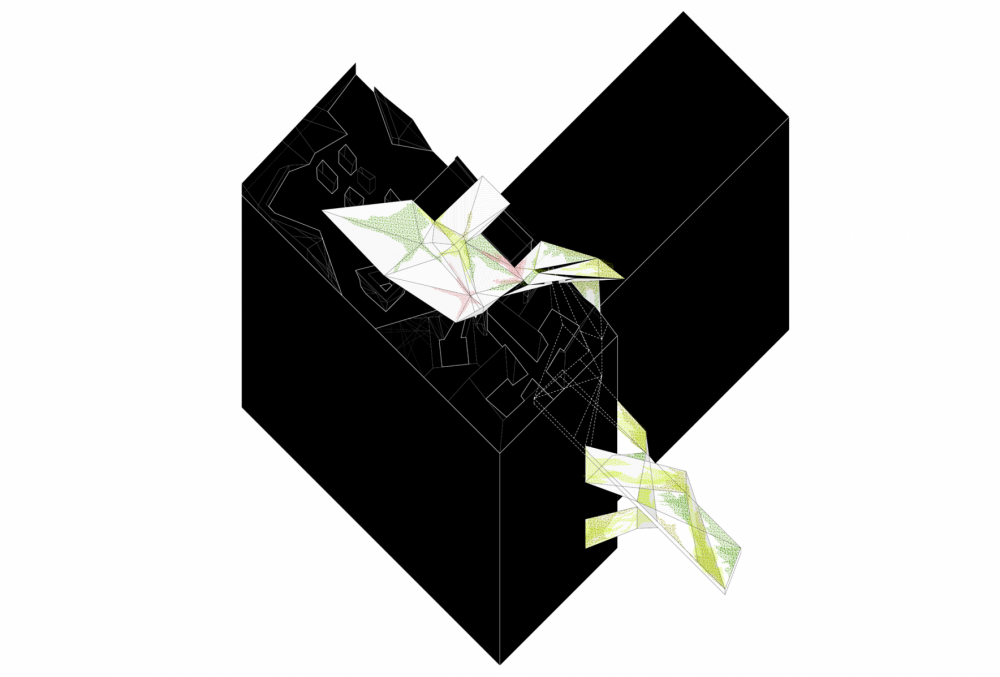 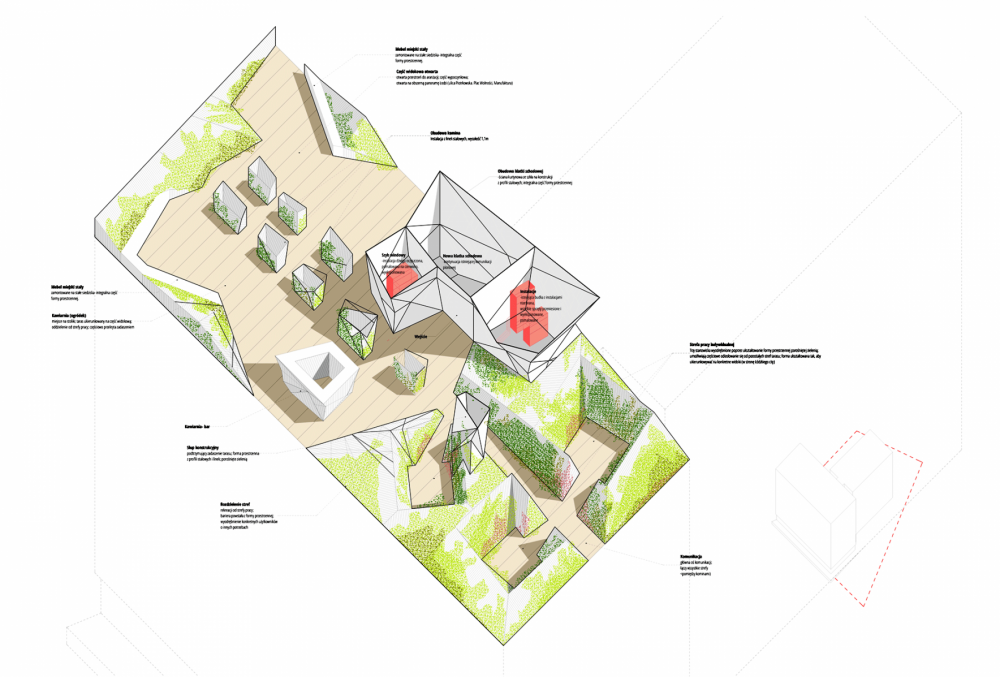 An interesting view from the roof in the centre of Łódź inspired the transformation of unused space into an attraction of the building. On the north side, the observation deck turns into a café garden. From the south, the plant labyrinth offers intimate spaces to work alone or in a small group. Each of them offers an individually cropped view of selected, attractive parts of Łódź. Roofing over the entrance to the roof, flows down the side elevation, creating a shield over the new entrance to the premises on the ground floor. The devices have not been omitted, but visually and acoustically separated zones have been determined for them. The transformation is complemented by the external identification of the object, consistent with the idea of a façade. We have provided space for a logo representing the building. Fields intended for tenants of premises are integrated into the exposed southern elevation. Marking system in stripes above commercial premises on the ground floor. It is supplemented by guides with presentations of tenants, placed at the main entrance.