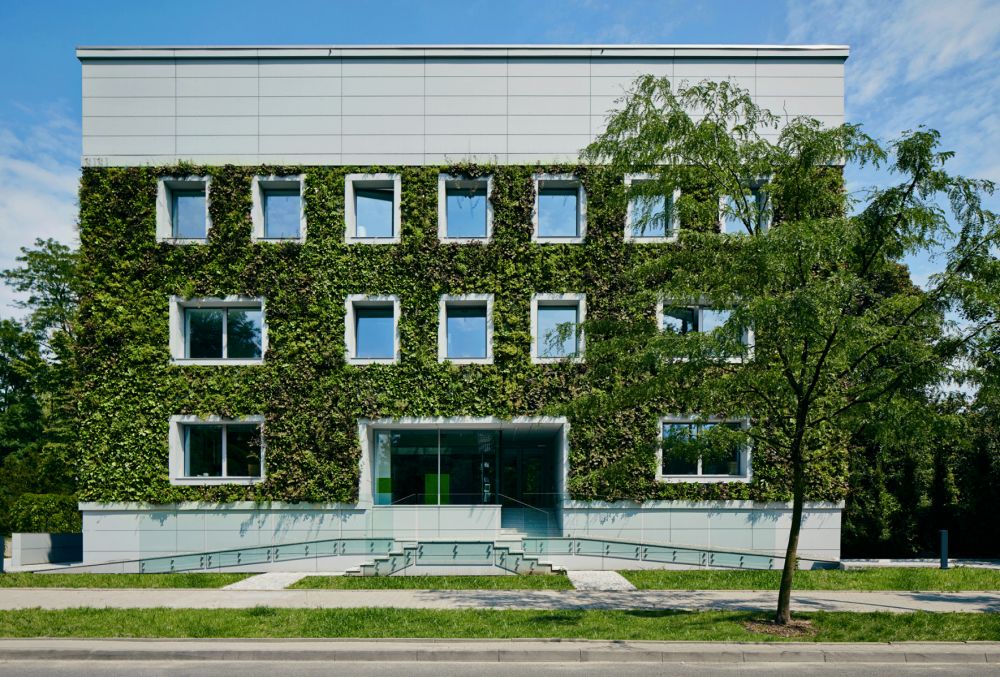 The Foundation for Polish Science headquarters in Warsaw

Reconstruction and development of a residential building which has been partially destroyed, during World War II, for the headquarters of a Public Benefit Institution. The first living elevation in Poland, composed of foliage, complements the idea of building an ECO-machine. The garden around the building is a place for integration and rest for building users. 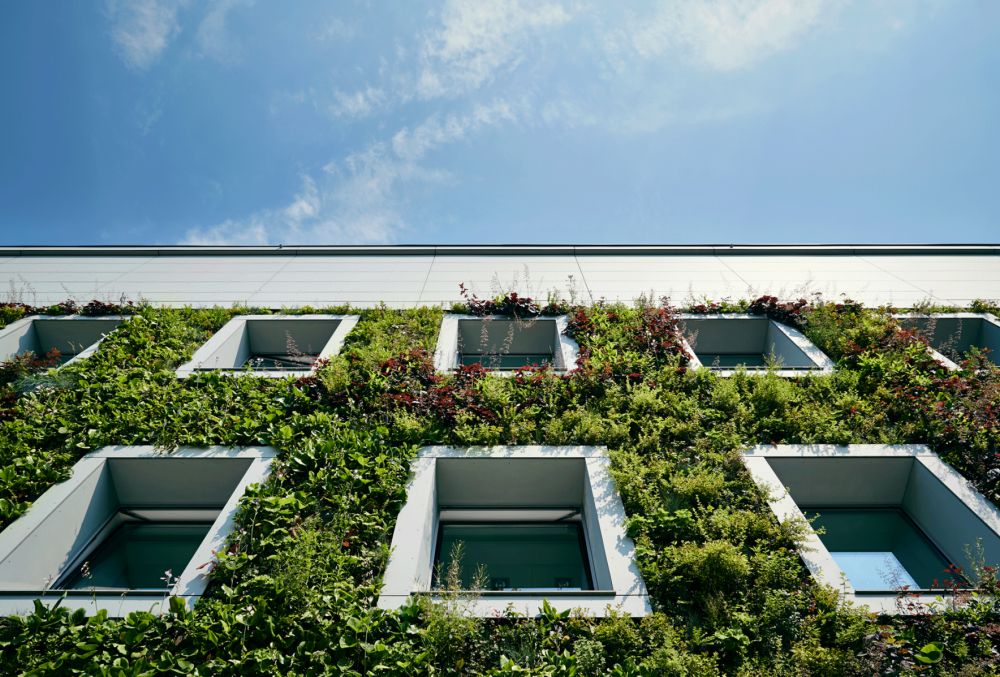 An intimate office building of a non-profit institution, which is Poland's largest non-budget source of financing of science. In years 2012-17, FNP donated 541.5 million PLN to Polish science. Reconstruction and development of a decaying multi-family residential building, which has been completed in the 1930s and severely damaged during the World War II. Decommissioning of the fence by the street made it possible to integrate the public urban space with the foreground of the building. Gap penetrating the ground floor, provides eye contact with the greenery of the garden, located at the back of the FNP headquarters. The new atrium opens the interior to natural light. The first living elevation in Poland, blurs the boundaries between the building and the ubiquitous greenery of existing trees. 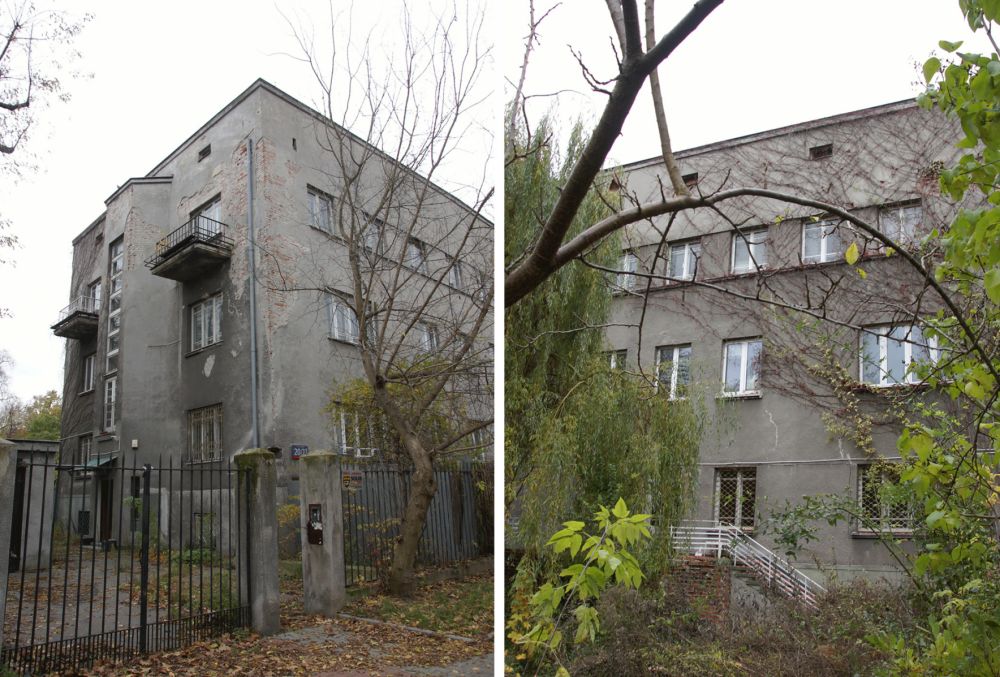 The existing building had to be adapted to contemporary requirements. It was necessary to strengthen the foundations, ceilings, load-bearing walls, flights of stairscase. Provisional fillings, made immediately after World War II, were exchanged. Individual solutions in the field of fire protection were implemented. An underground car park was built along with a connection leading to an office building. The underground storey of the existing building was deepened and provided with the necessary insulation. We also took care of preserving the original elements. After the analysis, the staircase design seemed to us, as be the best representation of the spirit of the era, in which the object was created. The steps have been restored, made as cantilever prefabricates made of green terrazzo. The splendor was restored to the landings, which were finished with characteristic shaped, small ceramic tiles, so-called "gorseciki". The design of the new railing has been interspersed with original brass rosettes, masking the point of contact of the railing posts with steps. 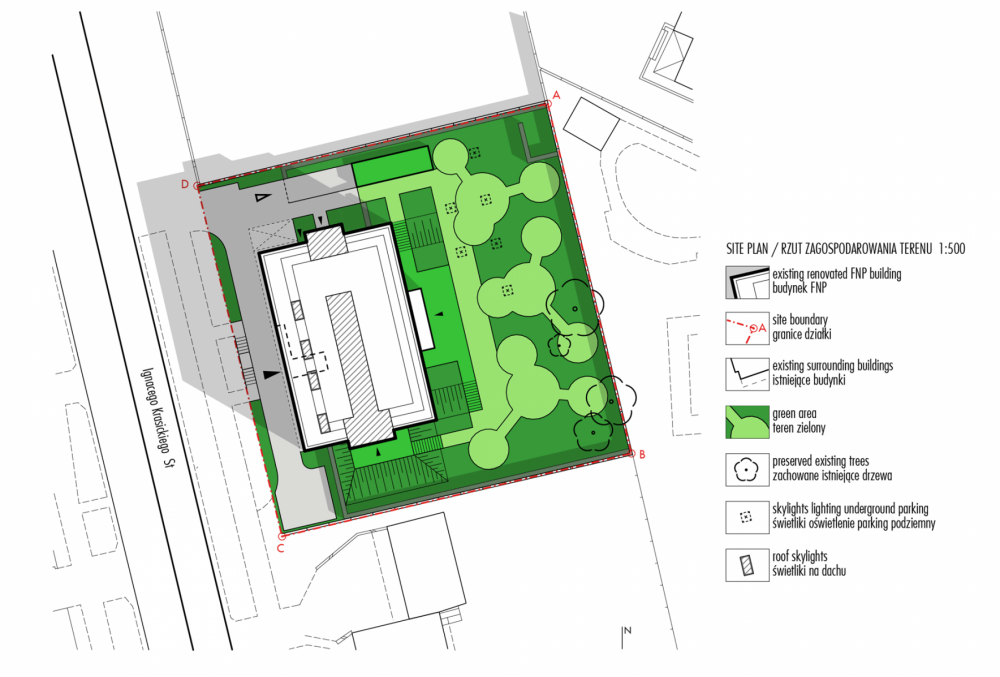 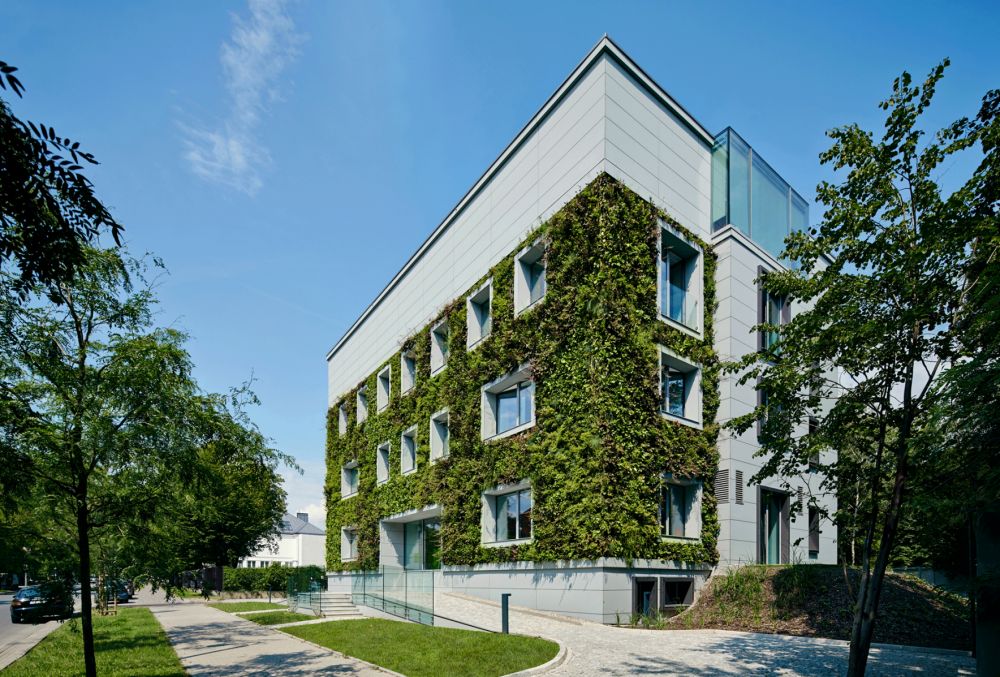 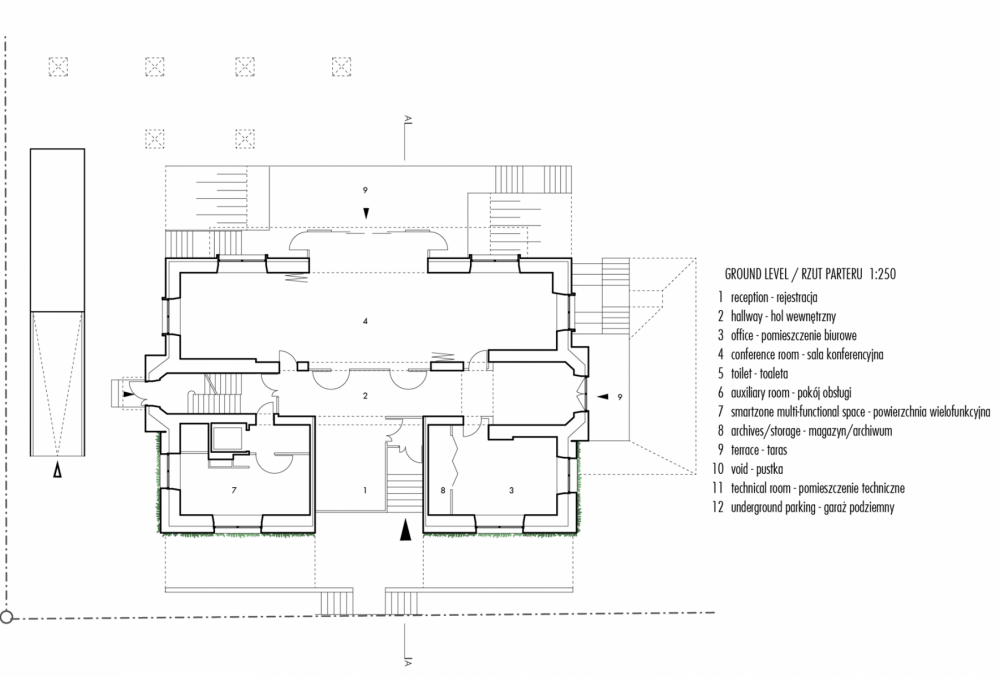 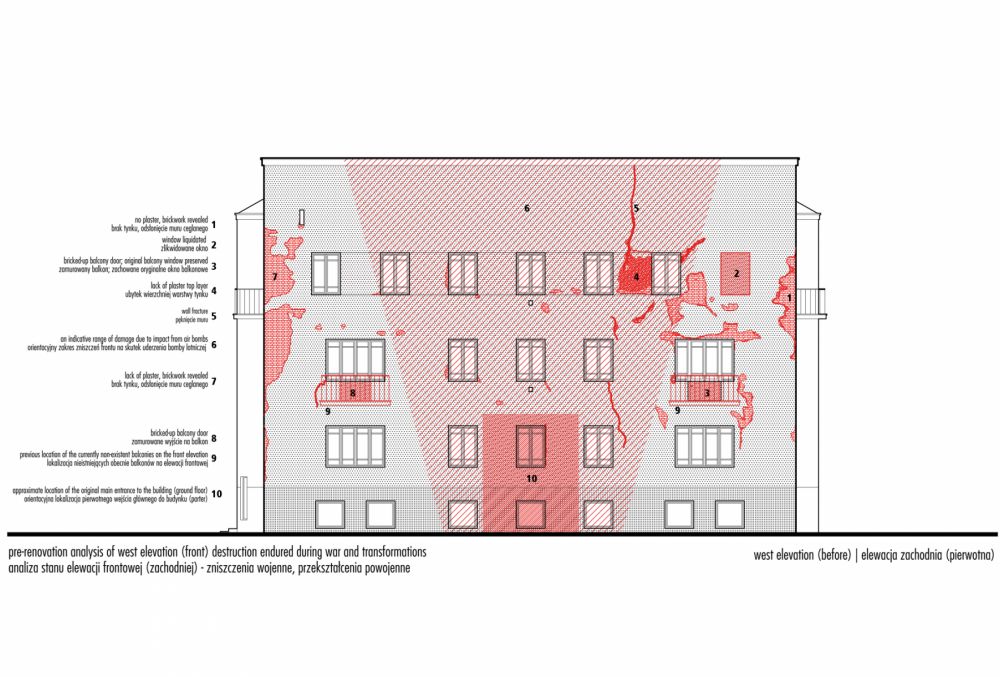 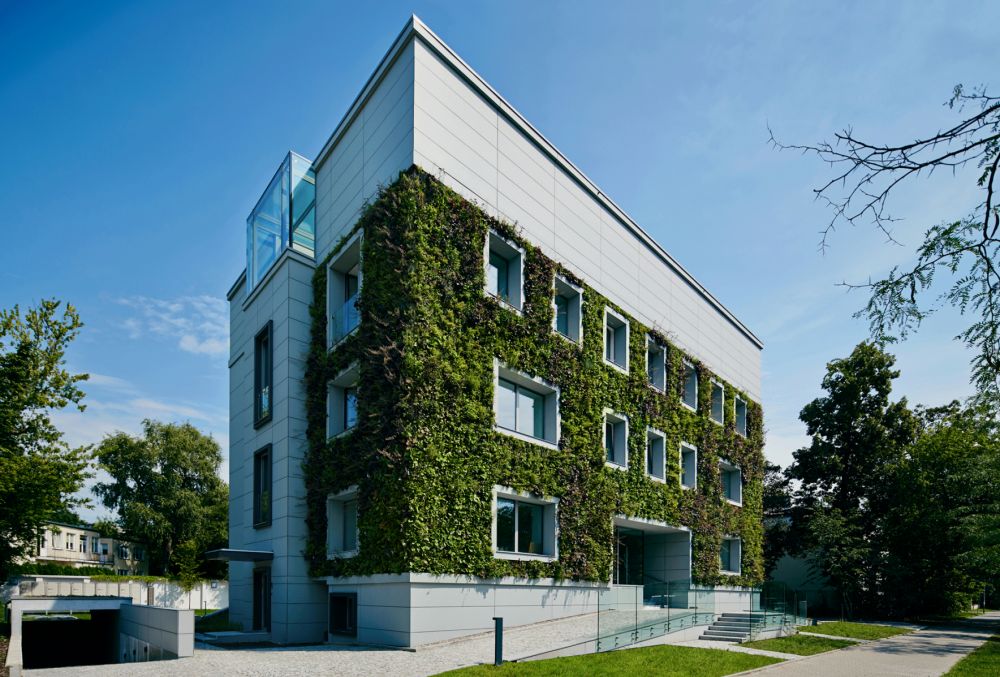 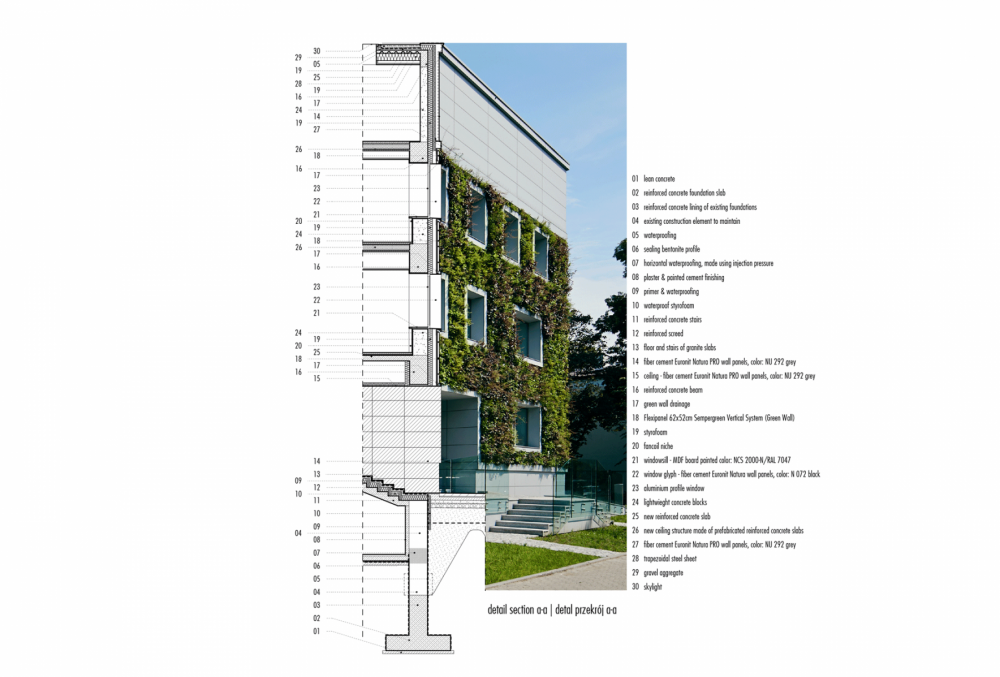 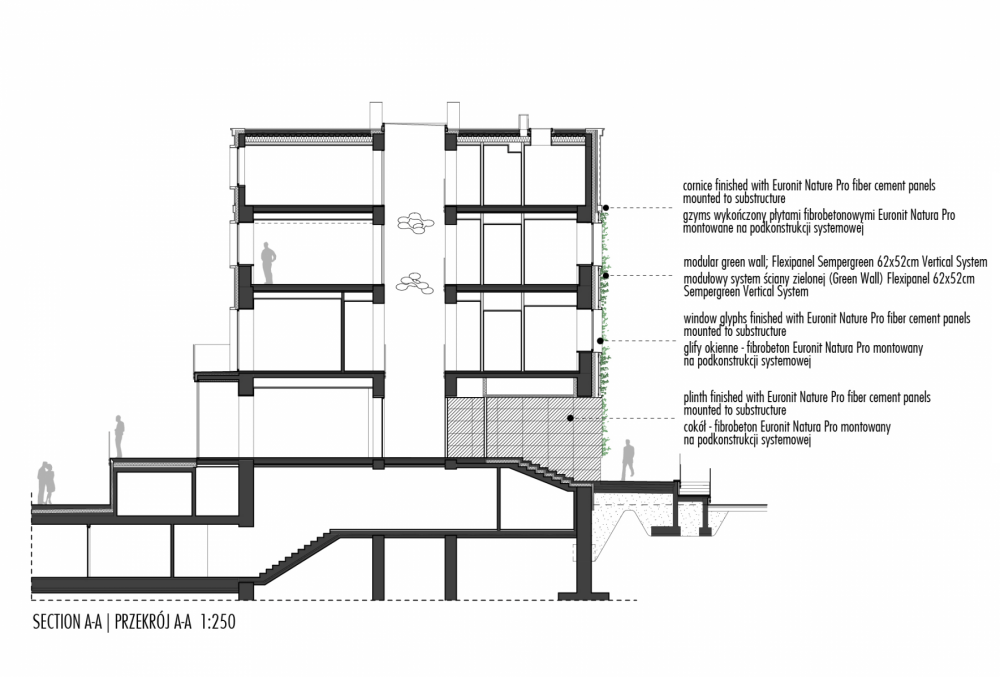 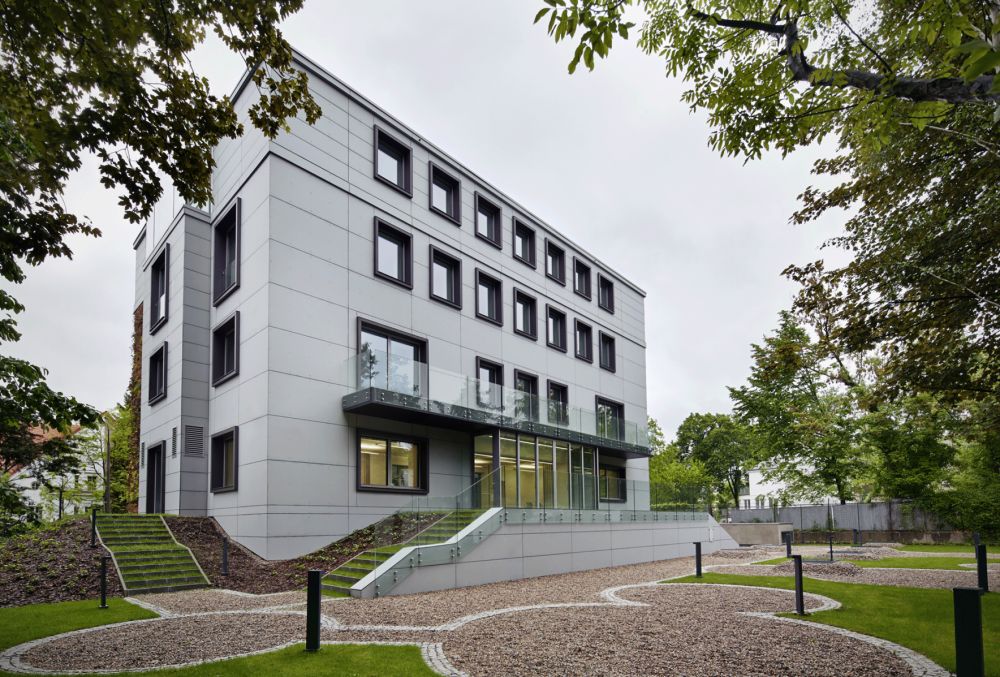 Vertical facade garden and lighting of internal surfaces with natural light are the most important components of the eco-strategy for the building. The green external facade improves the energy balance of the building and the internal microclimate. It is made of 17,000 plants, including perennial and ones that are blooming during spring and summer. Plants are embedded in a modular substrate, attached to a precisely executed steel substructure. Due to the design of the plant pattern, each module was marked and during assembly went to a precisely defined place. An external, vertical garden, with a total area of 260 m², is irrigated with rainwater, collected from the roof and impermeable surfaces to a storage reservoir. This eliminates the need to discharge greywater to the municipal network. Atrium, punctured by all overground storeys of the building, allows natural light to illuminate 96% of the surface of these levels. Thanks to the skylights in the roof, the designed underground car park is 100% illuminated by the sunlight.