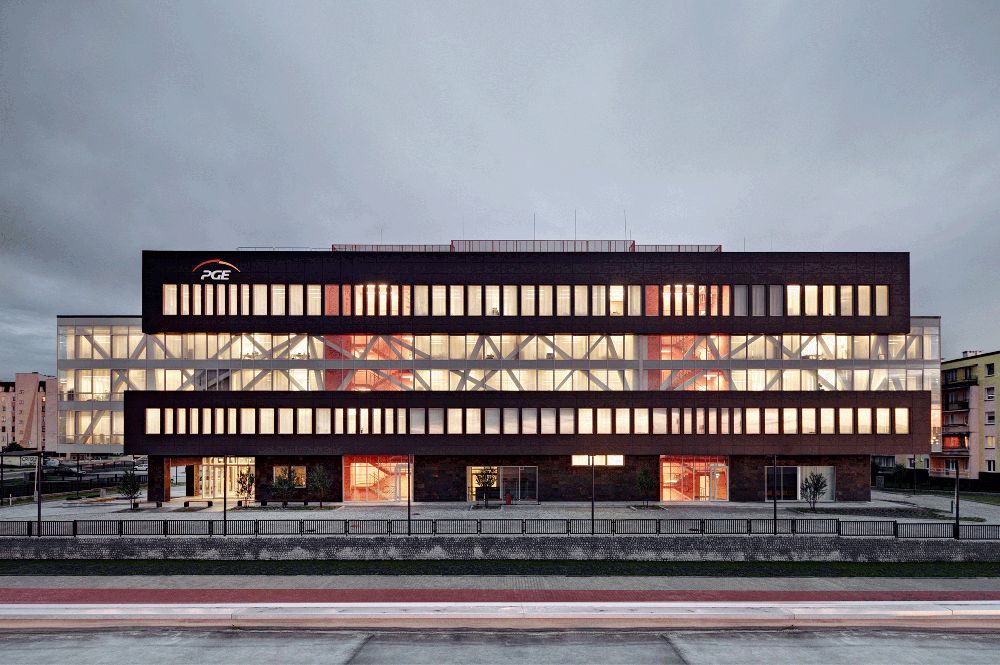 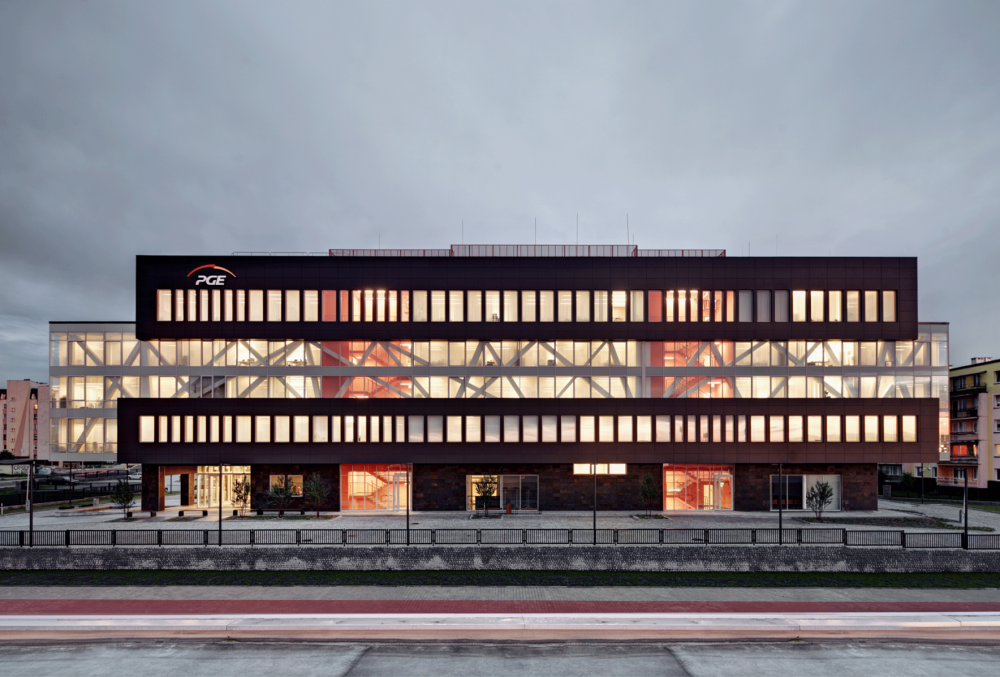 92% of the internal surface of the headquarters building of the largest electricity generator in Poland (employing 17,000 people), is illuminated with natural light. In the competition entitled “Building of the year 2013”, organized by Archdaily, the building took second place in the office buildings category. The headquarters of the company has strategic importance for the country and is being listed on the Warsaw Stock Exchange. The company which is the largest producer of electricity in Poland. 230 office workers, based on a complex internal structure, coordinate complicated activities of power plants and mines, located in many parts of the country. An object is designed in accordance with the principles of the CSR - Corporate Social Responsibility. Placed on the edge of a housing estate inhabited by thousands, it is the first element of a local service center. It shapes the frontage of the new city square. Due to the short distance from the place of residence of building users, it allows to resign from commuting to work by car or public transport. 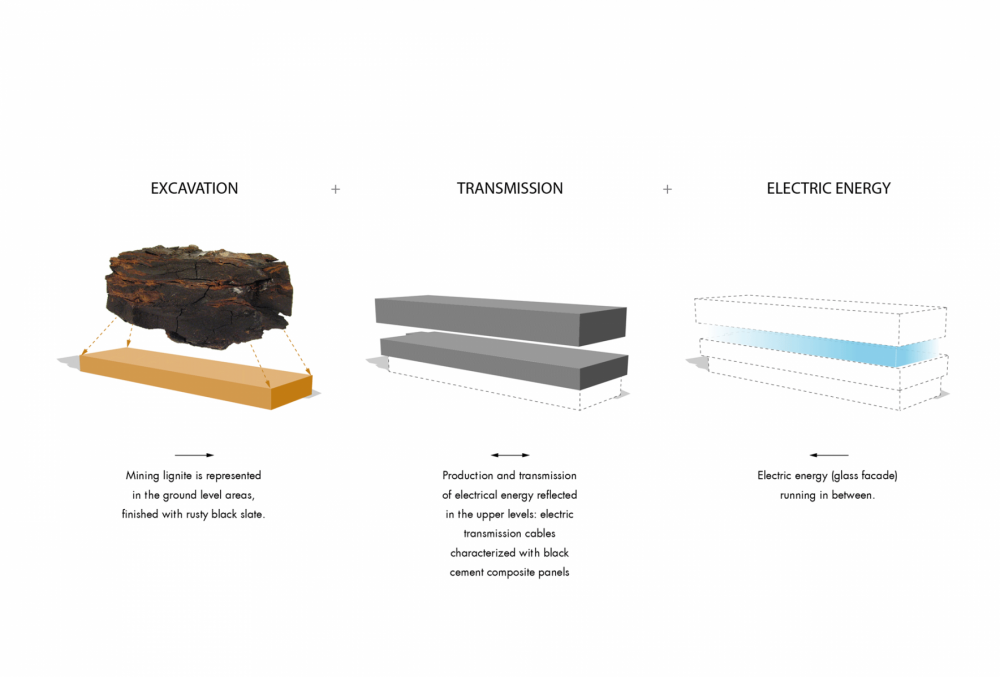 The office space of the building is based on multiperson and single occupancy rooms, which allow to keep focused at work. Enriched with conference rooms on all floors and a spacious, shared by means of mobile systems, a training and conference space on the ground floor. Garden on the roof of the first floor, a canteen with a sun terrace, surrounded by a water reservoir with the characteristics of a natural lake, annexes in the atrium and corridors, provide places for short meetings and a moment of rest. The form of the building is inspired by the areas of the company's operations. Lignite mining represents the plinth part, finished with rust-black slate. The generation of energy and the transmission of electricity is being reflected in the upper part. The transmission line is represented by parts finished with black fibrobnet panels, and electricity i represented by glass between the parts made of fibrobeton. The dominating element of the interior's architecture is an access to natural light. It is being poured in with a help of skylight, which is supported by ribs made of laminated glued glass. 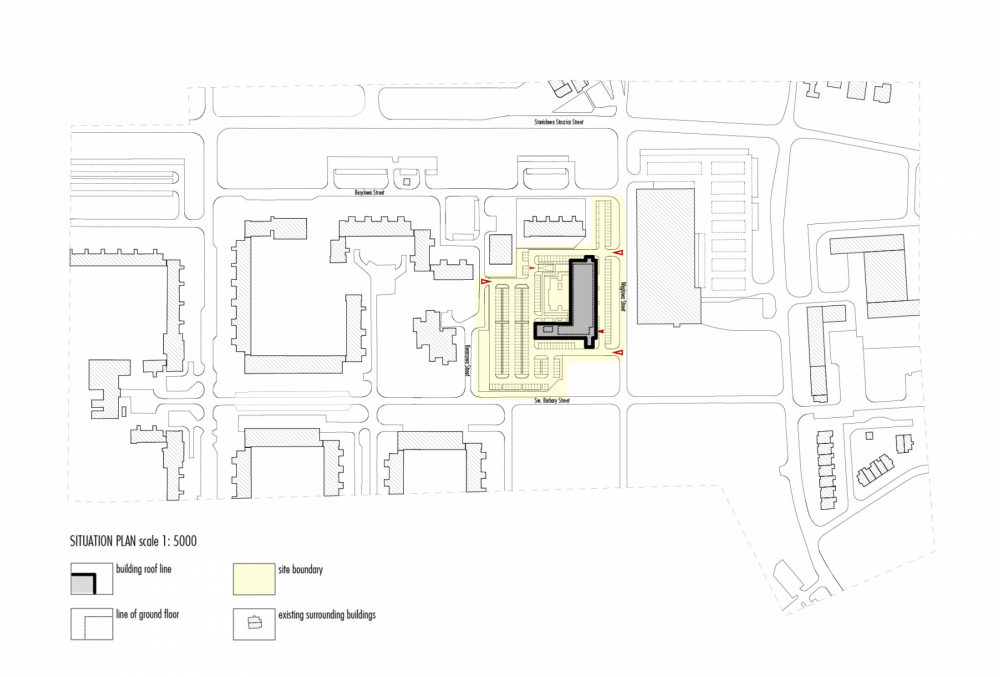 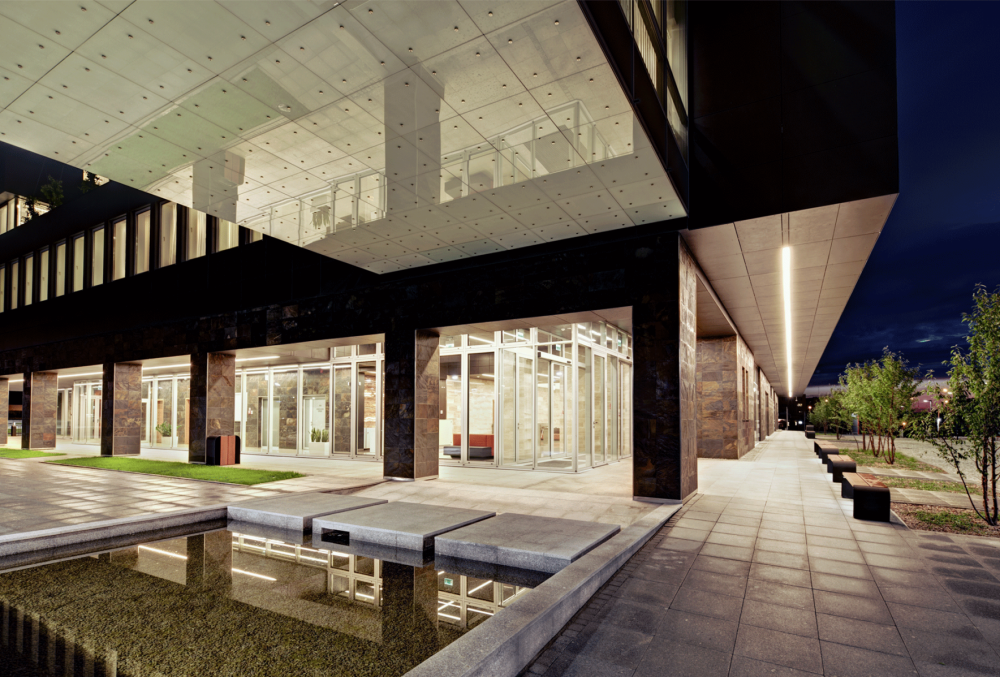 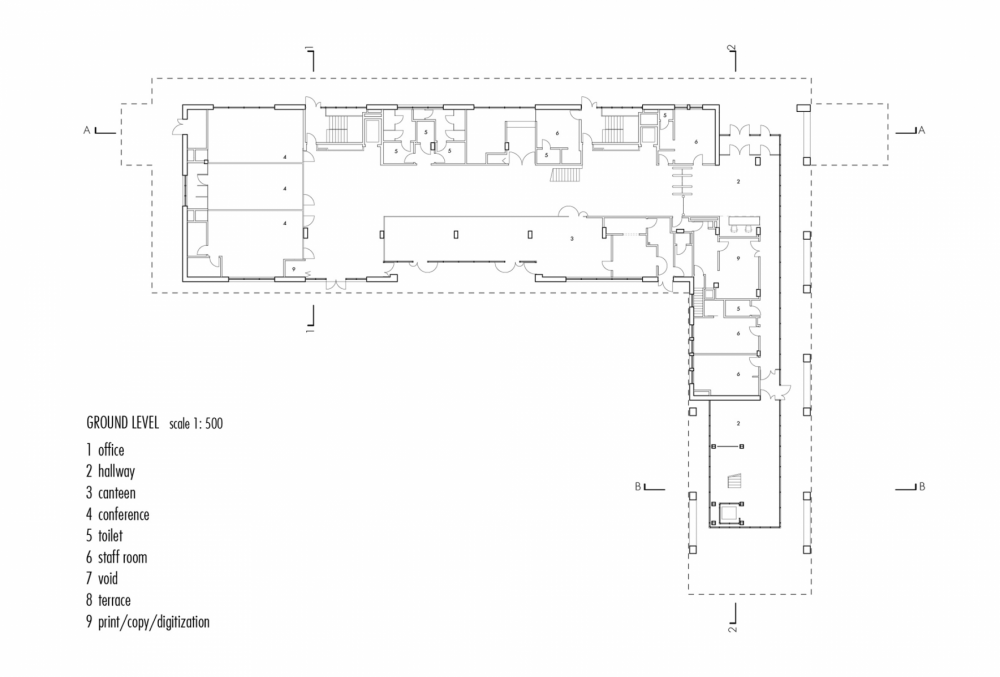 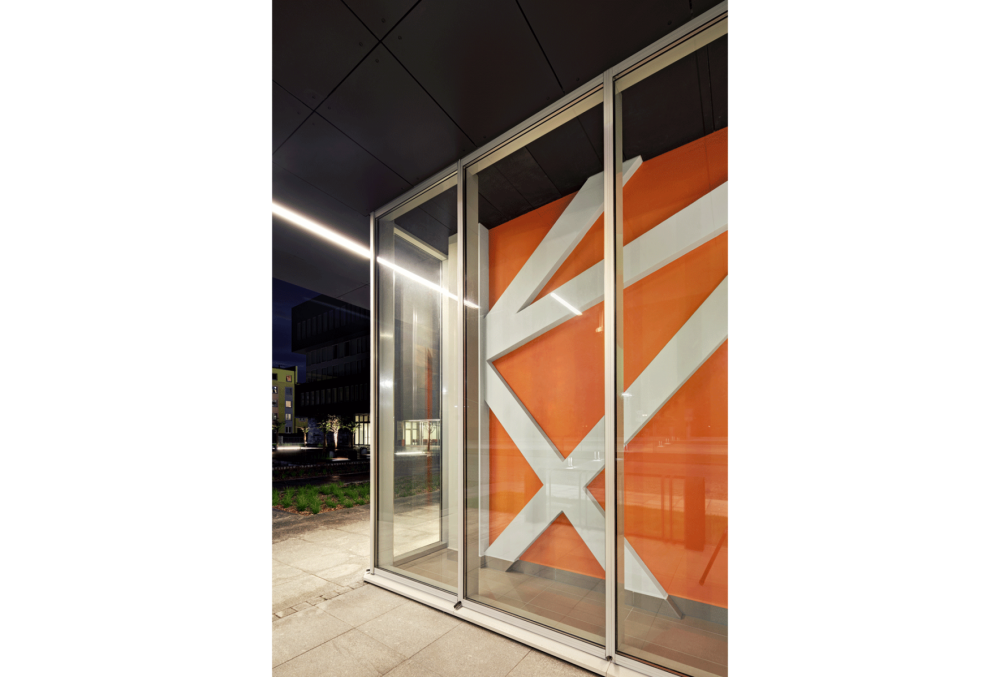 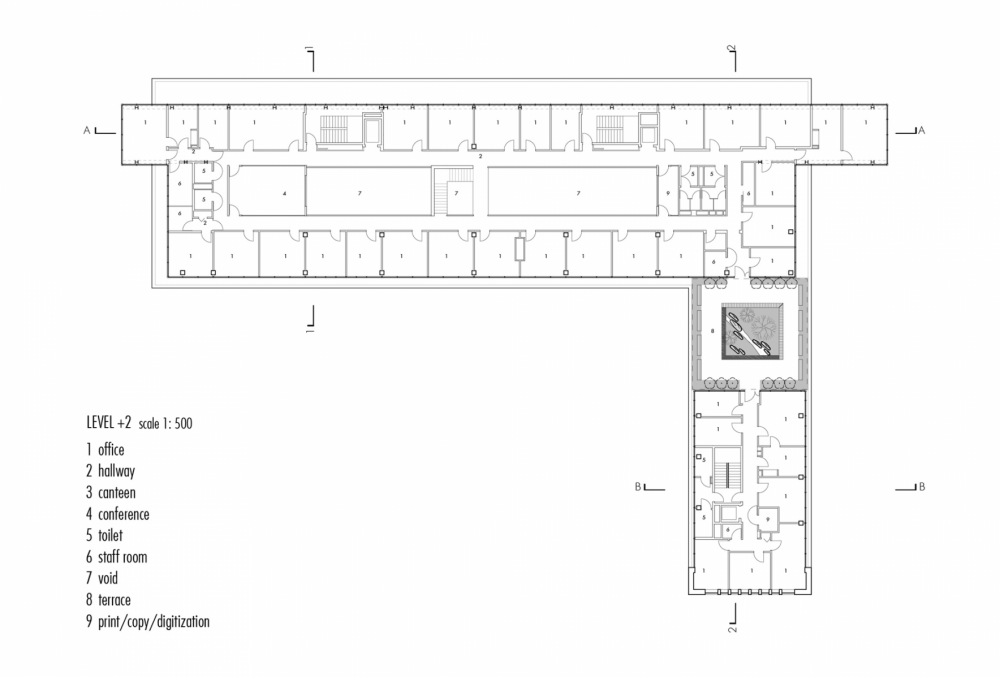 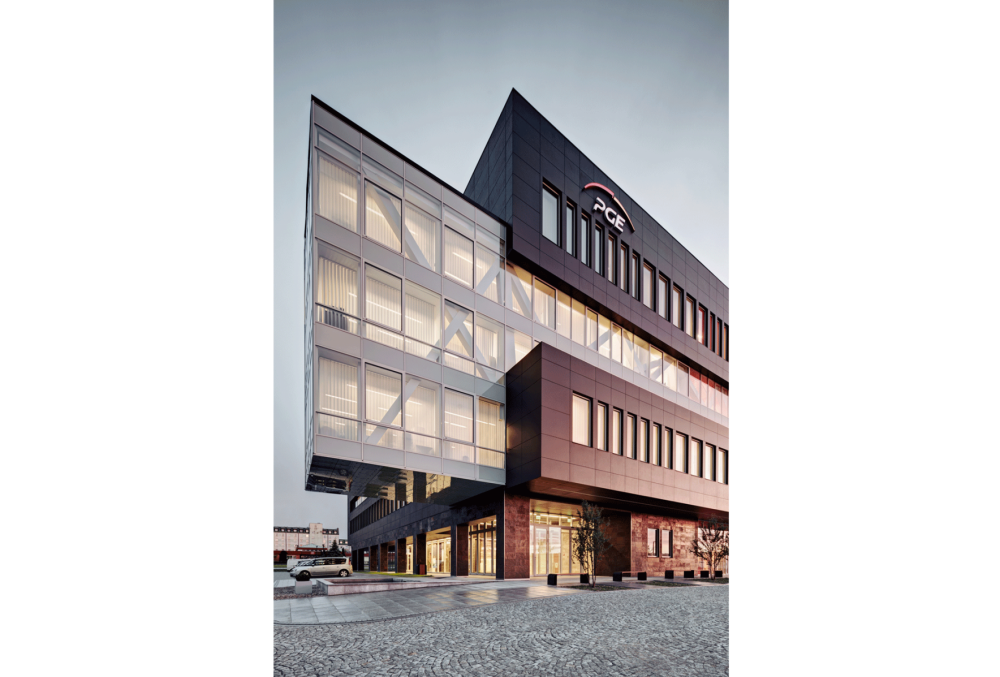 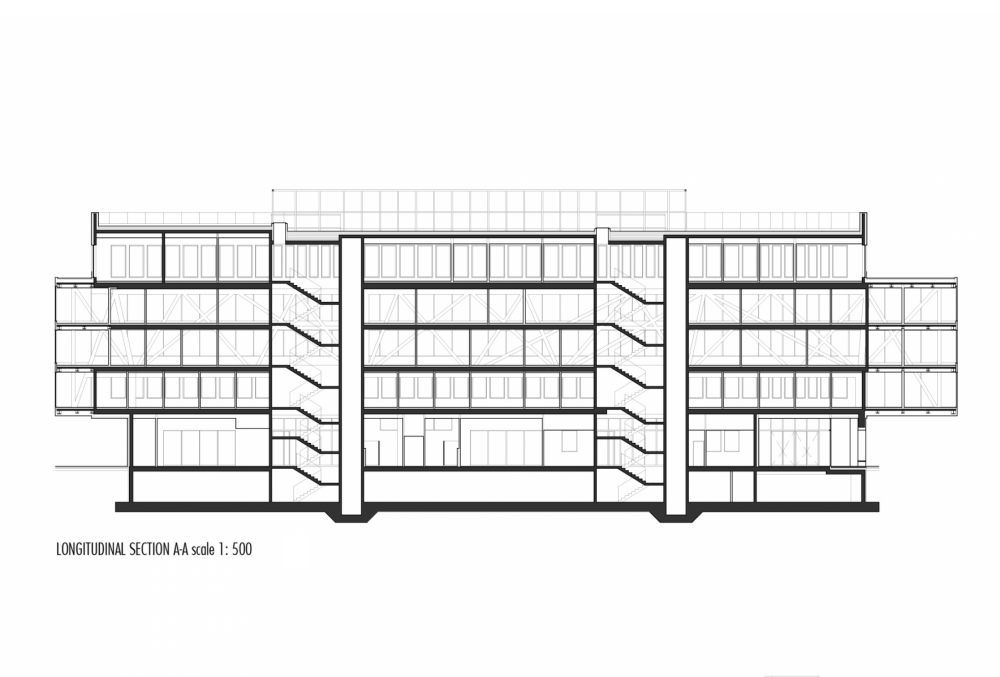 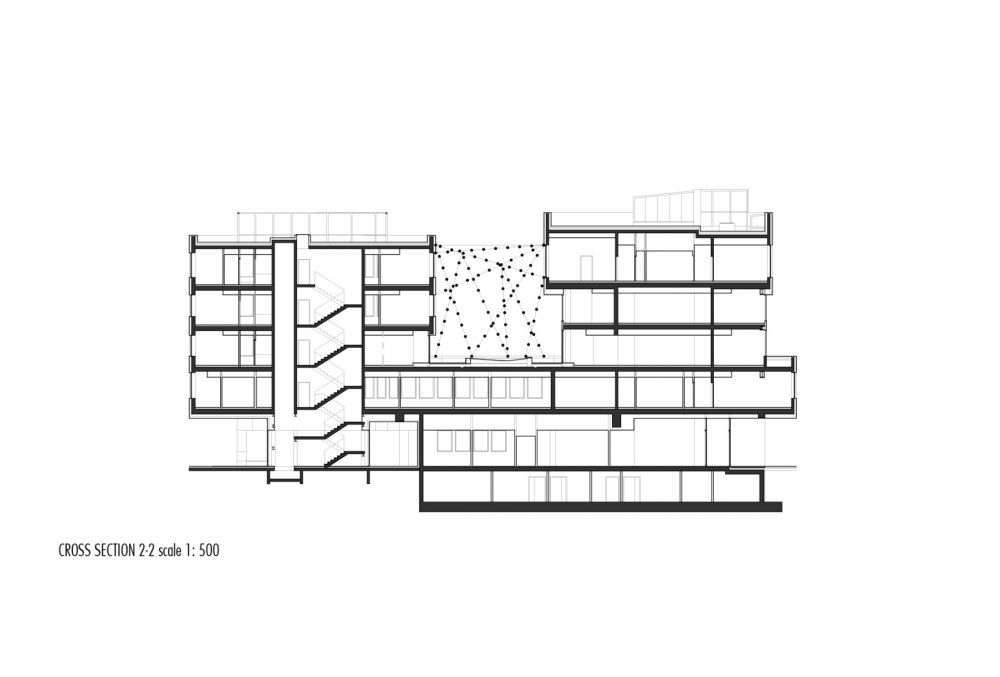 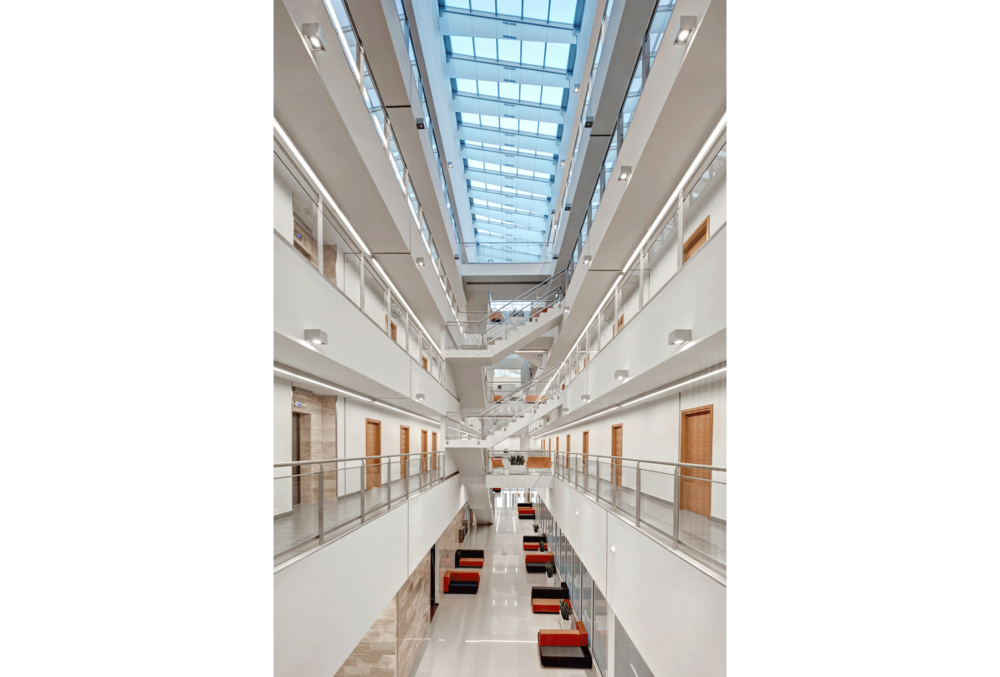 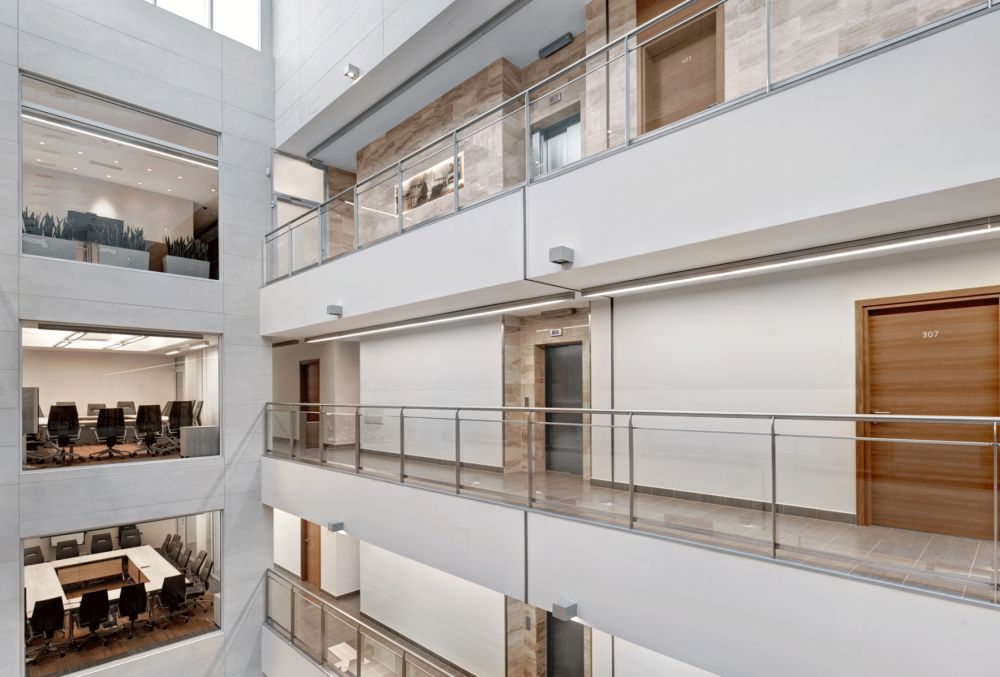 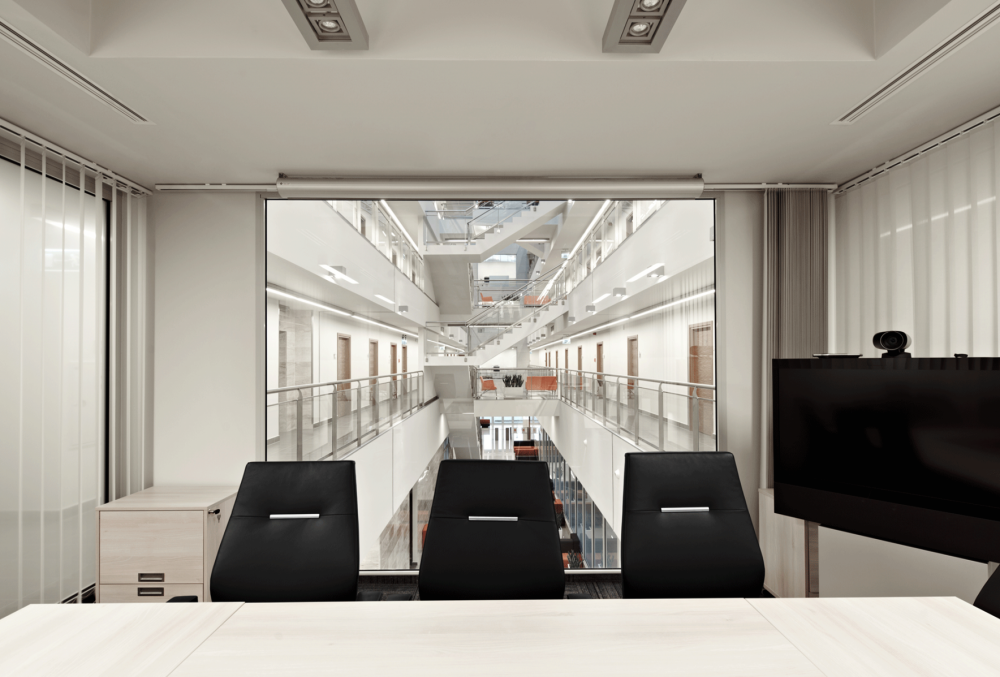 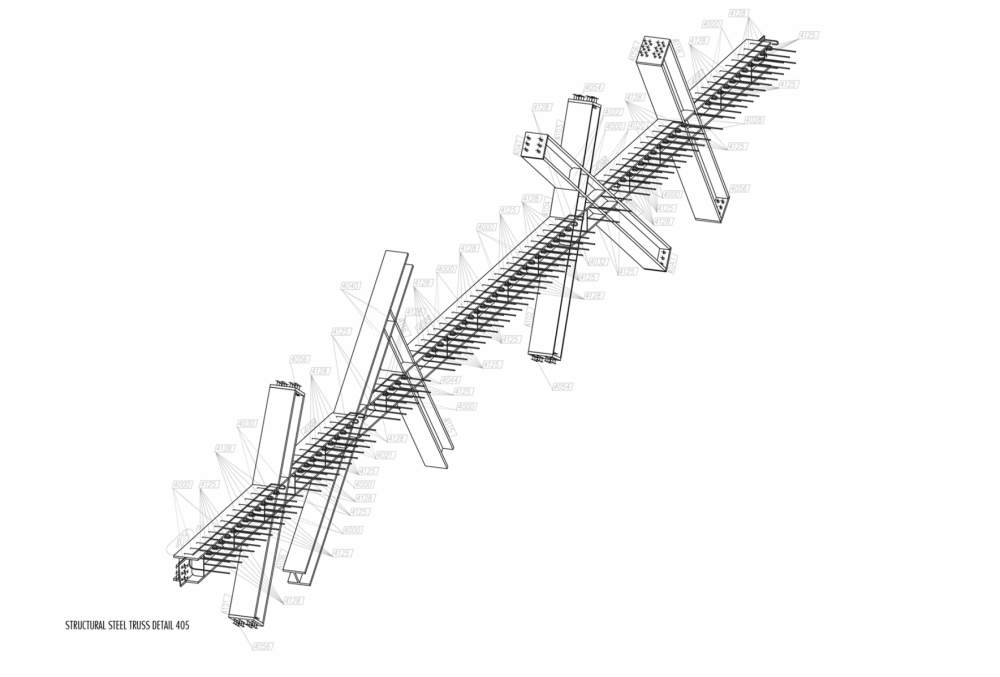 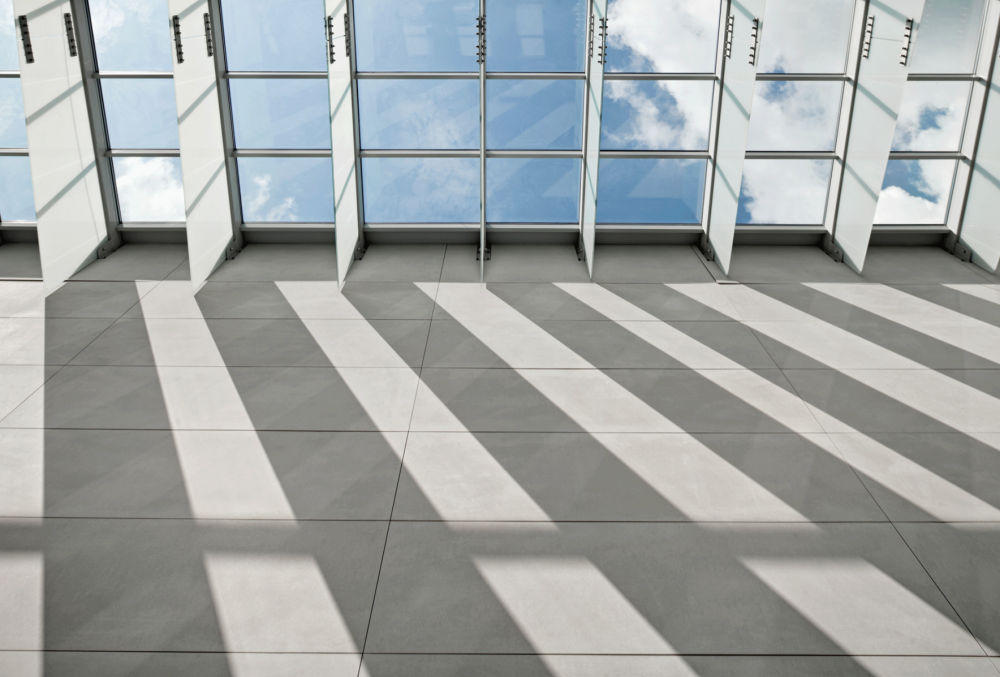 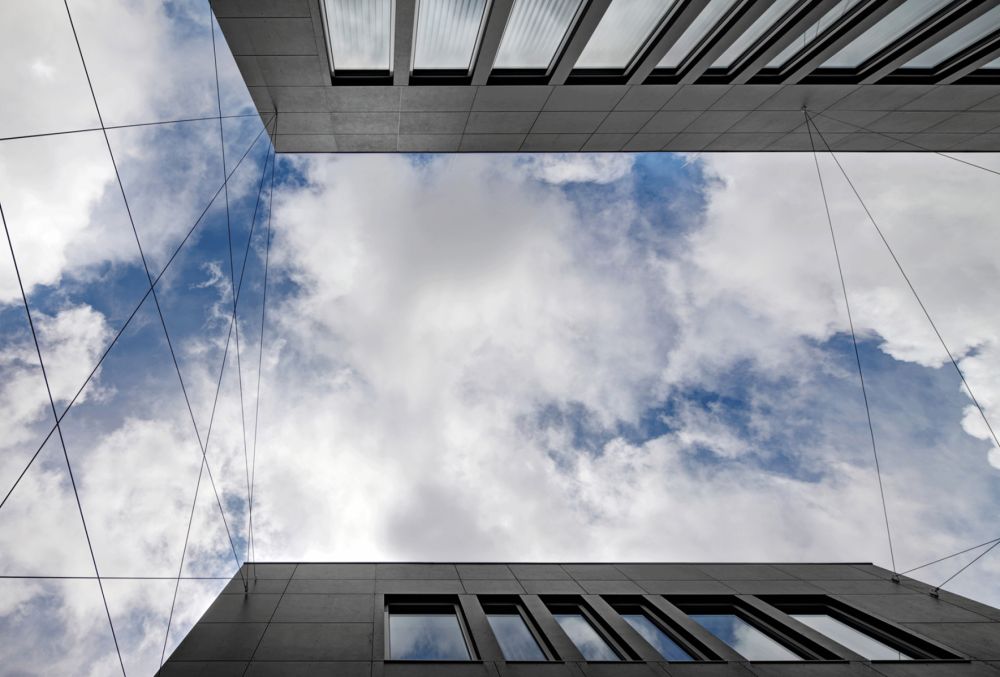 Nearly 92% of the building's area has access to natural light. This applies to staircases, corridors, conference rooms as well as traditionally underexposed surfaces, including printing rooms, staff kitchens or toilets. In order to reduce electricity consumption, the luminaires were equipped with twilight sensors that adjust the intensity of artificial light to the intensity of sunlight. The greenery provided on the plot is watered using rainwater, which is being collected from the roof of the building, parking lots and pavements, to a special underground reservoir. Water in the water reservoir, which is an element of the leisure space for employees, is treated with the use of technology using minimal amounts of chemicals. It has properties similar to natural, clean lake water. The building has an unusual structure. The upper zone of the object is being supported by a multi-storey, irregular, steel lattice with a form inspired by the nature of the devices found in industry.